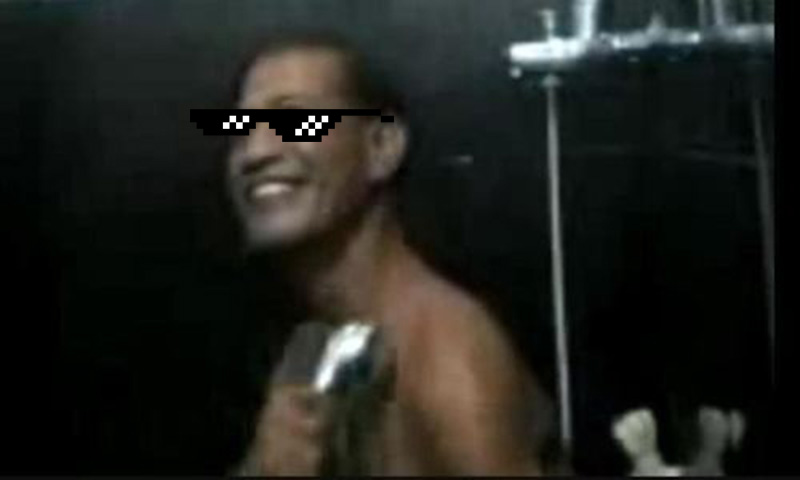 There are many famous people, who according to conspiracies, have faked their own deaths. People like, Tupac Shakur, Adolf Hitler, and Michael Jackson. But one man stands out the most about this theory… Mang Kanor. Could it be true that Mang Kanor faked his own death?

To find out, I have gone through intensive investigations, including watching his videos for research purposes, to track his whereabouts. Looking for clues in each video.

But first, who is Mang Kanor?

In 2011, a collection of videos went viral online that became the talk-of-the-town, later known as “The Mang Kanor Chronicles”. The videos showed an old man in an explicit relationship with a younger lady. The old man was quickly identified as “Mang Kanor”, who according to earlier investigations was a local of Muntinlupa City. And the girl was identified as Jill Rose.

The dynamic duo instantly rose to stardom and won the hearts of netizens. Many of whom were males. Well… probably all were males.

I discovered his videos one night on my way back home from work. I noticed the tricycle driver had an excited smile on his face. I asked him “what are you so happy about?”, he said “it’s because of Mang Kanor”. I asked him who Mang Kanor was and he was a bit disappointed that I didn’t know who he is. So he parked his tricycle by a pavement and asked me to turn on the bluetooth of my phone. He paired his phone to mine and started sending files. Once he was done sending them to me, he told me that it would be best that I look into those files once I’m alone in the comfort of my room.

Years later, many like me still have unanswered questions. Many like me have dreamed to sit down next to Mang Kanor and listen to his wisdom. To learn his techniques and be a master of my life.

In late 2013, rumors of his death shocked the nation. When people were researching more about him, people have stumbled upon a few articles online about his death. Many accounts mentioned that he had a heart attack. Some even say he had a Viagra overdose. But these stories, like many others, have never been verified. There are many fake news online and confirming his death can only be verified by a family member.

Why I believe he faked his own death

Some say that he’s a cop in real-life and the spread of his true identity might dispel him from the service. If this is true, it would make sense that he would fake his death to avoid humiliation and to continue his service for the country. Usually policemen have an unfailing love for the country. They have this “bayan-muna-bago-kadyot” attitude. Based on this perspective, he would have been the type of man who would humbly serve his country first before gaining recognition.

Another reason why I think he’s still alive is that there is another video of Jill Rose spreading online. In this video Jill Rose is seen in a video conference call with an unknown gentleman. Here we can only see the man’s “tool” as he rubs it in front of his camera and Jill’s excitement can clearly be seen in her facial expression.

I have studied this short video multiple times, and in my conclusion, I think the mystery man is Mang Kanor himself. The size and color of his “tool” in the new video is very similar to the the original ones. I also think that Jill Rose would do this video recording thing only with Mang Kanor, because that’s what true love and loyalty is. That’s why I don’t think she would do it with another person.

Could it be that Mang Kanor left clues and that this is his way of telling us that he’s still alive? Did he leave a hidden message in this new video for his true followers to find out? The search for the truth is still on…

Opposite Sex Look Of Our Presidents