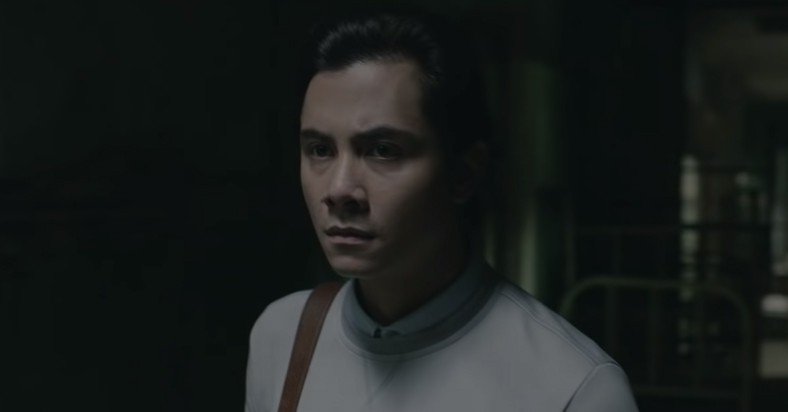 One character that caught my ire from the movie “Sunod” was Lance. He was a sex predator who used his higher position in his work environment to prey on new employees, particularly Liv.

He reminded me of a man that I’ve met before who playfully calls himself a “fu*k boy”. He would tell his sexcapades to us buddies of his when it was just us men around. Some were not good stories to hear.

I noticed the types of characters he would show in public when there’s women around and how different he acts to women versus to men. And let me tell you that those women whom he has “charmed” are not happy women now. He used them for sex and avoided any real commitment with them. We can say that those women were consenting adults too. But I just can’t help it but notice the manipulation that was being done to get that consent.

So here are some things I’ve noticed from that man I’ve met who has the same things in common with Lance:

1.) They can be very charming and pleasant to meet.

Predators know that first impressions are important. They know how to act. They know what are most girl’s typical “dream boy”. They’re clean, well mannered, almost like that character from that romantic movie you’ve seen.

In the movie, Lance is portrayed as a wolf in a sheep’s clothing. He seems to be someone who wants to be close to everyone for the sake of teamwork but he has a hidden agenda. His main speech to plant this impression to his new colleagues is “We’re all family here. We’re a family now.”

2.) They give you exclusive attention.

They’re very good at making you feel important. That you matter. That you are very talented and he makes sure that you believe it. He boosts your self-esteem because he knows that’s a powerful way to earn your trust.

Lance uses his higher position as a Team Manager to shower Liv with positive affirmations. Always praising her whenever there’s an opportunity. An act he doesn’t usually show to other employees.

All of a sudden he’s very worried for you. He helps you out on your problems. The more personal these problems are, the more he’s into it.

Lance puts in a good word for Liv to the owner of the company to fast track her regularization. Again, an act he doesn’t do for other employees except only for her. When she thanks him, he plants the words “you have to earn it” in her mind, subliminally letting her know that she’s in debt to him.

4.) They know what they are doing.

They have probably done it several times that they have become good at preying. They can abuse you anytime and anywhere when the opportunity arises. It can happen without any indications.

When things started to become difficult again for Liv due to her financial obligations, she is immediately helped by Lance. He gives her a check to cover the remaining balance of her daughters expensive hospital bills. When she hugs him to show her appreciation, he immediately takes advantage of her by aggressively pursuing intercourse. Luckily she was able to evade him. The attack happened in the company’s female sleeping quarters where he states that he has already locked the door before handing the check to her as if he was expecting something will happen right after it.

5.) They turn the tables around.


Whether he’s successful at victimizing you or not, they make sure they can put the blame on you. Or at the very list, put the guilt on you. With all those good favors that he has done for you, you might end up making yourself believe that it’s your fault.

The same happened to Liz when she opened up to her friend. She wondered if using the check that was given to her was the right thing to do. She was guilty for accepting the help that was offered without realizing that her attacker designed it to be that way. That his help and favors was meant to buy her silence. Emotional blackmail is the name of his game.

Now I’m not saying that all men are like this. Most men do some of these things when they’re courting a girl. But there’s a line between being nice and being manipulative. Most men understand this and they do back out when the girl says “no” to them. Good men would still be pursuant even after the girl rejects them, but obviously in a nonthreatening or violent way.