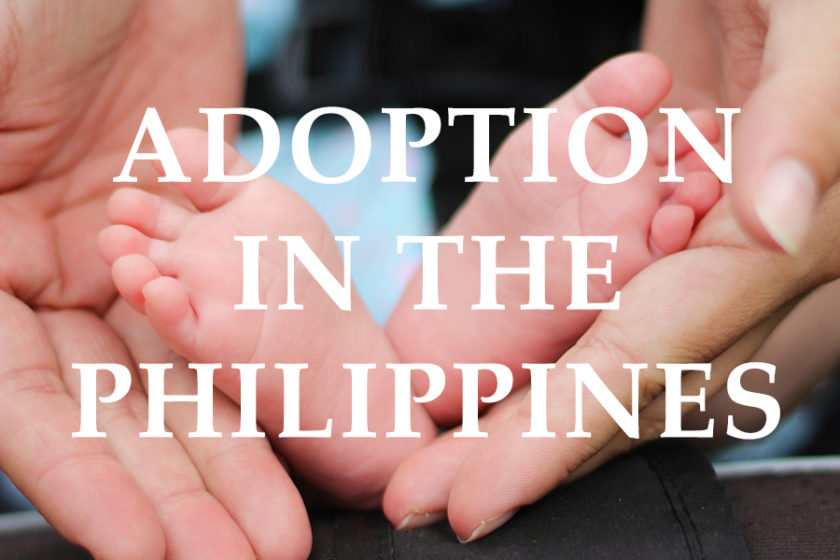 Philippine Republic Act 8552, also known as the “Domestic Adoption Act of 1998” is a domestic law that regulates the legal process of adoption in the Philippines. Under this law, biological parents are the primary carers and custodians of a child. In situations where biological parents have voluntarily or involuntarily forfeited their custody for their children, relatives will be the secondary custodians of the children. Examples of involuntary forfeiture of biological parents but not limited to are, death, mental instability, and criminal conviction. Severe abuse of own children may be considered as mental instability or criminal offense. When relatives of the child are unavailable, that would be the time non-members of the family may adopt the child.

A legally adoptable child must first be established as “legally available for adoption” by administrative or judicial authorities. Once established as such, the custody of the child is transferred to the Department of Social Welfare and Development, or to any licensed and accredited child-placing or child-caring agencies where further steps for application for adoption will be handled.

Article I and Article II of Republic Act 8552 states that efforts must first be done by the state to stop unnecessary separations of biological parents and children. This is to avoid the negative consequences of “hurried decisions”. Counseling services must first be provided by the state to the biological parents, prospective adoptive parent(s), and prospective adoptee. If the biological parents of the child has not been available since birth, it is the duty of DSWD or the accredited agency to exert all efforts to locate them. If all efforts fail, the child will be registered as a foundling and under legal proceedings will be declared abandoned.

Individuals. There is no law that prohibits unmarried individuals to adopt or discriminate against individuals from different backgrounds of creed and sexual or gender identity. It’s only important that the criteria for being an adoptive parent is met.

(a) Any Filipino citizen of legal age, in possession of full civil capacity and legal rights, of good moral character, has not been convicted of any crime involving moral turpitude, emotionally and psychologically capable of caring for children, at least sixteen (16) years older than the adoptee, and who is in a position to support and care for his/her children in keeping with the means of the family. The requirement of sixteen (16) year difference between the age of the adopter and adoptee may be waived when the adopter is the biological parent of the adoptee, or is the spouse of the adoptee’s parent;

Spouses or Married couples. The husband and wife must both willingly adopt, so that joint parental authority shall be exercised by the spouses. If a spouse adopts the illegitimate child/children of the other, he/she will also have parental authority.

Husband and wife shall jointly adopt, except in the following cases:

Note: Legality of marriage, definition of marriage, and parental rights are recognized and protected under E.O. 209 (Family Code). Couples that are not legally married or “live-in” partners, are not eligible to apply for joint parental custody.

It is legally possible for a foreign national to adopt a child from the Philippines.  Article III, Sec. 7 of the law states:

(b) Any alien possessing the same qualifications as above stated for Filipino nationals: Provided, That his/her country has diplomatic relations with the Republic of the Philippines, that he/she has been living in the Philippines for at least three (3) continuous years prior to the filing of the application for adoption and maintains such residence until the adoption decree is entered, that he/she has been certified by his/her diplomatic or consular office or any appropriate government agency that he/she has the legal capacity to adopt in his/her country, and that his/her government allows the adoptee to enter his/her country as his/her adopted son/daughter: Provided, Further, That the requirements on residency and certification of the alien’s qualification to adopt in his/her country may be waived for the following:

(i) a former Filipino citizen who seeks to adopt a relative within the fourth (4th) degree of consanguinity or affinity; or

(ii) one who seeks to adopt the legitimate son/daughter of his/her Filipino spouse; or

Republic Act 8552 is inline with the standards and regulations of United Nations Convention on the Rights of the Child; UN Declaration on Social and Legal Principles Relating to the Protection and Welfare of Children with Special Reference to Foster Placement and Adoption, Nationally and Internationally; Hague Convention on the Protection of Children and Cooperation in Respect of Intercountry Adoption.

Who May Be Adopted?

The following may be adopted:

(a) Any person below eighteen (18) years of age who has been administratively or judicially declared available for adoption;

(b) The legitimate son/daughter of one spouse by the other spouse;

(c) An illegitimate son/daughter by a qualified adopter to improve his/her status to that of legitimacy;

(d) A person of legal age if, prior to the adoption, said person has been consistently considered and treated by the adopter(s) as his/her own child since minority;

(e) A child whose adoption has been previously rescinded; or

(f) A child whose biological or adoptive parent(s) has died: Provided, That no proceedings shall be initiated within six (6) months from the time of death of said parent(s).

For further information regarding legal adoption in the Philippines, you may reach out to the Department of Social Welfare and Development or you may also download a document file of the Philippine Republic Act 8552 law by clicking here.