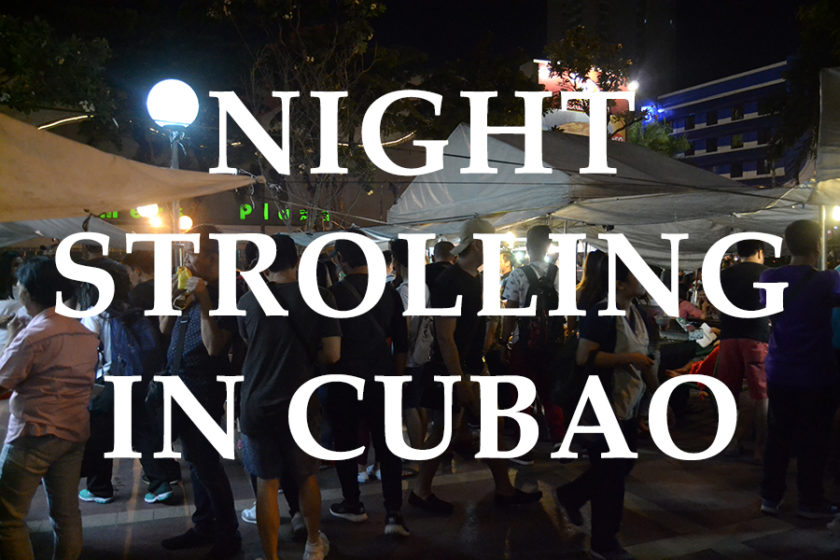 This is about my hometown Cubao in Quezon City, Philippines. Cubao is known to be the “center” of Metro Manila. Life here is fast phased, traffic is notorious because it connects the northern part of Metro Manila to the southern part. Not to mention, it is also the hub for dozens of bus terminals that connects Metro Manila to the provinces, meaning if you’re coming from a far province and you’d like to go to Manila on bus, Cubao would most likely be your final destination. Cubao has plenty of shopping centers, it has a well known stadium that hosts concerts and big events, two main train lines intersect here, and more urban development is still on going. Cubao never seems to run out of people, day or night. Rush hour in the morning is a nightmare here as a sea of people can easily be part of highway traffic obstacle.

Now, what happens at night when most establishments have already closed? What happens to the people? What are the things we can do? … Below are some pictures that offers you a small glimpse of a night in Cubao.

Looking for something to eat? Try this place. It opens at night and it’s right outside Araneta Colosseum.

Cubao Expo is a hip place to be. Besides open-air bars, there are also gift shops, thrift shops, art galleries and clothing stores. It’s a small place where creativity and entrepreneurship meets.

Looking for more fun? Aurora Boulevard might be for you. Discos and Go-go bars open up at night when regular businesses has closed. Cheap drinks and cheap food, but don’t be lured by the cheap women and the cheap thrills 😉

Stroll around some more

Here’s a little bit more things to see at night.

*All photos used in this post are credited to Quedank

Sights of Aurora: The Heights of Ermita Hill and Baler Hanging Bridge