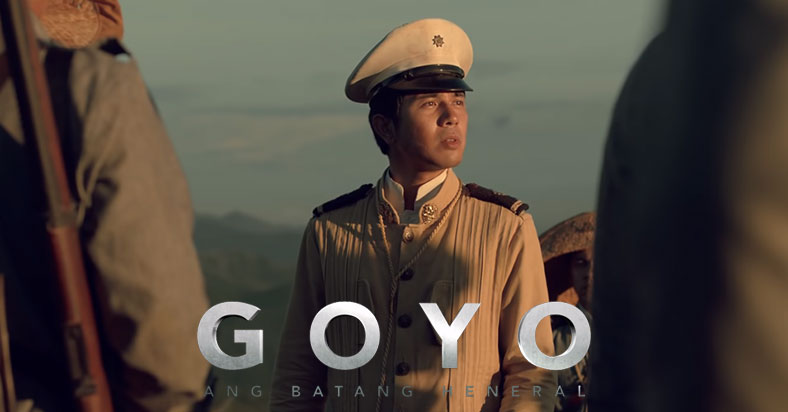 I honestly though this film would be a sort of carbon copy of the Heneral Luna movie. But it holds its own ground. “Goyo: Ang Batang Heneral” steps up with its predecessor but different in flavor. A must watch.

The movie portrays the Filipino hero General Gregorio del Pilar.  One of the youngest generals who fought in the Philippine-American War who is nicknamed “Goyo” or “Boy General”. It depicts the coming-of-age of the young general who’ll lead an army in a revolution that was doomed to fail because of the failed leadership in its highest ranks. It brilliantly shows the many flaws that corroded the revolution and how its leaders preferred to prioritize one’s self and leisure over dignity and responsibility.

Goyo: Ang Batang Heneral is a movie that offers many lessons a true Filipino should know by heart. The things you’ll learn in this movie will make you want to better yourself for your country. Just like Goyo, you’ll better understand the worth of what you’re fighting for if you fight with love and not with hate.

What you can expect

No, this movie does not “lionize” the heroes the way our history books do. As a matter of fact, it shows how selfish and cowardly most of them are, from the lowest to the highest of ranks. It also mourns the death of Heneral Luna but at the same time it follows through a new chapter of the Philippine Revolution. You can feel hope from the remaining few who still wishes to fight and keep on with the revolution, but there’s also a darker atmosphere where it makes you question if it was all just in vain.

The battle scenes are incredible. Simple and not too over the top. The American actors who played as soldiers did a great job in showing the prowess of the American military power over the revolutionaries. You wouldn’t be able to feel hatred over them because they were not portrayed as evil unlike in other movies with the similar theme. They were simply professional soldiers who did their jobs and fought courageously alongside each other. On the other hand, you’d feel a bit disappointed and frustrated towards the Filipino troops for their lack of discipline and cowardly attempts to escape their battles each time things became difficult.

The movie, as much as possible, accurately depicts how the revolutionary leaders failed to act upon their responsibilities in hopes that they can only save whatever remaining pride they have left in a war that’s fast becoming lost. Their own flaws has trickled down to the lower ranks and morale has become low to the point some wouldn’t even volunteer to fight in an important mission with Goyo, which would later be known as the Battle of Tirad Pass.

Most historians would say that Gen. del Pilar was often labeled as Aguinaldo’s “dog” for his blind loyalty to him. He would follow Aguinaldo’s orders and each time he acted accordingly, he would be rewarded with a promotion. This explains why at such a young age he became a Brigadier General. The movie exposes Aguinaldo as a man who favored relationships over principles. And because of this, Goyo became known as a puppet among the people who knew the real intentions of Aguinaldo.

But what I liked about the movie is that it also shows Goyo’s willingness to fulfill his duties as a true general. Even if it meant sacrificing his own life. What most do not see is that Goyo was loyal not to Aguinaldo the man, but to his rank as the President. He was a soldier and loyalty is demanded for that profession no matter who your superiors are.

Gregorio del Pilar is played by Paulo Avelino. I’ve got nothing bad to say about him. His appeal is actually perfect for the role. I think he’s got a good future ahead of him in the film industry.

Gwen Zamora for me was too tisay for the role of Remedios Nable Jose. It’s just so noticeable how different her looks was among the others but I guess that also adds to the uniqueness of her character. After all, her character’s appeal  needs to stand out if she’s going to be the love affair of Goyo.

Mon Confiado plays a remarkable Emilio Aguinaldo once again just like in Heneral Luna. This actor has indeed come a long way in the Filipino film industry since beginning his career in the early 90’s.

Epy Quizon’s role is the wise Apolinario Mabini. I urge audiences to listen to what he has to say in the movie.

Carlo Aquino and Rafael Siguion-Reyna also starred as young officers Vicente Enriquez and Julian del Pilar who’s regularly at the side of Goyo in his important moments and battles. They were effective supporting characters in bringing out more color into the movie.

Ronnie Lazaro comes back as Lieutenant Garcia who earned the admiration of Heneral Luna for being brave and honorable in actions during battles. He becomes and important soldier of Goyo in his last stand.

Empress Schuck is Felicidad Aguinaldo the jealous but hopeful past girlfriend of Goyo who also is the younger sister of Emilio Aguinaldo.