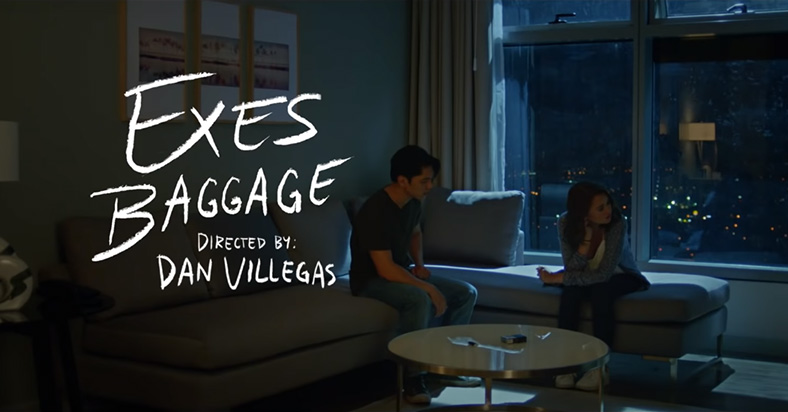 I am so happy for Angelica Panganiban and Carlo Aquino in this movie. I’ve been a big fan of Angelica since mid 2000’s when she started taking more daring roles that transitioned her from a child star to a highly respected actress in the film industry.

Audience reactions and the feel of it

Everybody in the theater loved the movie. You can definitely feel that mushy feeling in the air as everybody murmurs “yiiiii” each time something sweet happens. And there’s a lot of it and you won’t regret paying to see this movie if that’s what you’re after.

The movie is simple. Not to many characters involved. Most scenes mainly focuses on the bidas Nix (Carlo Aquino) and Pia (Angelica Panganiban), allowing the audience to immerse themselves in the cute and playful romance between the two lovers. Watching them will make you crave for the same kind of relationship. They’re the right kind of malandi. Playful, cute, and funny. Definitely not cheesy and never dull.

And yes, there’s also a few sex scenes. Amazing sex scenes! They did the classy kind of sexy. Honestly, I prefer their’s over Fifty Shades of Grey.

I’ve got nothing bad to say to any of the performances of the cast. Carlo Aquino was great in exhibiting a silent and shy type character. Even in his angry scenes, he was able to keep a composure of an introvert guy. Very different from his old “akala mo lang wala pero meron meron meron!” days.

Angelica Panganiban was very funny and sultry in this movie. She excellently switches from funny to drama acts effortlessly. Things just feels natural with her.

Dionne Monsanto was elegant and entertaining. Rockin’ that short hair with a dash of sassy, she’s just the perfect best friend for Pia.

I was also excited to find out that Dino Marco Pastrano was also in this movie as Nix’s bext friend. I love his witty act in Gee TV. I think he’s really funny and underrated. Please give this guy more exposure.

Here’s a little spoiler. Nix and Pia met each other at a bar after eyeballing each other. It was actually Pia who came up to Nix to start a conversation showing Nix’s shyness and awkwardness in social matters while she was more on the extrovert side. From there on, they became really close and later falling in love with each other.

Their relationship later weakens as it becomes apparent that both haven’t really moved on from their ex-relationships, hence the movie’s title “Exes Baggage”. Pia was still affected with the shame and pain of once being someone’s mistress while Nix was still in love and still in contact with his ex-fiancée. On their last confrontation, it became obvious that Nix was not yet ready to move on for a committed relationship with Pia and they then broke up with a clean closure.

Two years later, they see each other again at their best friend’s party. They open up to each other with the possibility of rekindling their lost affection but Nix later finds out that Pia was now dating another man.

The movie ends as Nix tries to express his regret for not committing to her and says his last farewell before Pia leaves the party. But on a leap of faith, Pia decides not to leave and calls on to Nix, giving the audience the impression that they are now finally back together (or maybe in a foreshadowed open relationship).

It is possible that the two ended in an open relationship instead of committing to each other. It was foreshadowed in one earlier scene, when they were still at the point of getting to know each other, Nix was looking at Pia’s social media profile and her relationship status showed “in an open relationship”. Pia tells him not to worry and it was just a “panakot lang” to the men trying to pursue her.

The question I have in mind is: was that really a panakot lang or was that sort of lifestyle incorporated in her character?

It’s unknown that Nix himself has fully moved on from his ex-fiancée. We only know that he now loves Pia more, but that doesn’t mean he has stopped loving his ex as well. If this is true, then Nix who at this point is now quite frank, might agree to such terms with Pia.

This is the theme song Nix sang for Pia as they danced together in the comfort of their privacy: “Maybe The Night” by Ben&Ben. Play to listen

Fans went crazy as the trailer for Exes Baggage came out showing the past love-team of Angelica and Carlo reunited.