Here’s a breakdown of the movie Eerie (2018). We’ve listed here some interesting things for a much more in-depth review about Mikhail Red’s horror flick.

1.) 1995 – The year which the film takes place. During those years, Death Penalty was re-introduced under President Fidel V. Ramos. Republic Act 7659 was passed in 1993, allowing use of electric chairs and later gas chambers for capital punishment.

2.) Sta. Lucia Academy For Girls – A school officiated by Catholic nuns where Patricia works as a Guidance Counselor.

3.) “Those who believe without seeing are blessed” – Written at the base of the statue, a reference to religious organization’s blind faith. Sometimes, this scripture is used by the religious who cling to God for answers during hardships. A reference to John 20:29.

4.) Patricia Consolacion (Bea Alonzo), stays at the academy until midnight to conduct her own investigations about the suicide of a student named Erika Sayco. She’s able to act as a medium and converses with her in her apparitions.

5.) Sor Alice (Charo Santos) is head of the Catholic nuns who officiate the Sta. Lucia Academy For Girls. She’s known to be a very strict disciplinarian and uses her religious convictions to impose order on her students.

6.) Anna, a student who ventures alone at night is harassed by Erika at the comfort room where she committed suicide. – A homage to Corin Hardy’s “The Nun” (2018)

7.) Anna is later discovered by Sor Alice, traumatized and physically drained after being harassed by the ghost of Erika. – A homage to Gore Verbinski’s remake of “The Ring” (2002) 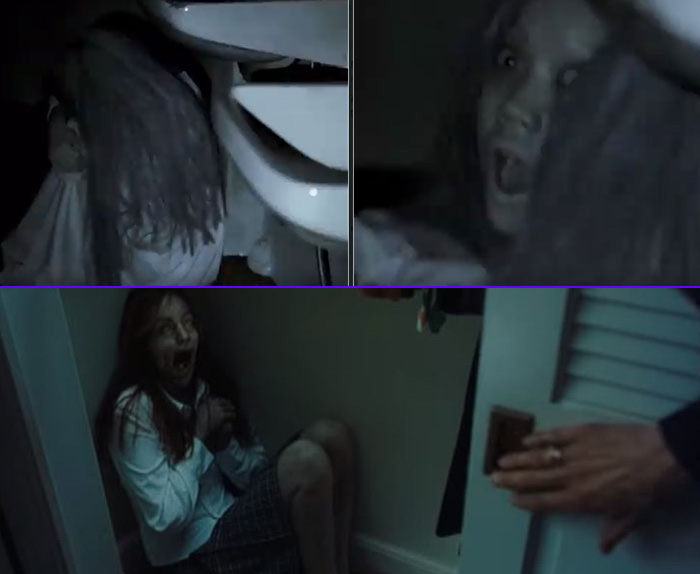 8.) Patricia uses a tape recorder to try to record her conversation with the ghost of Erika. – A homage to M. Night Shyamalan’s “The Sixth Sense” (1999) 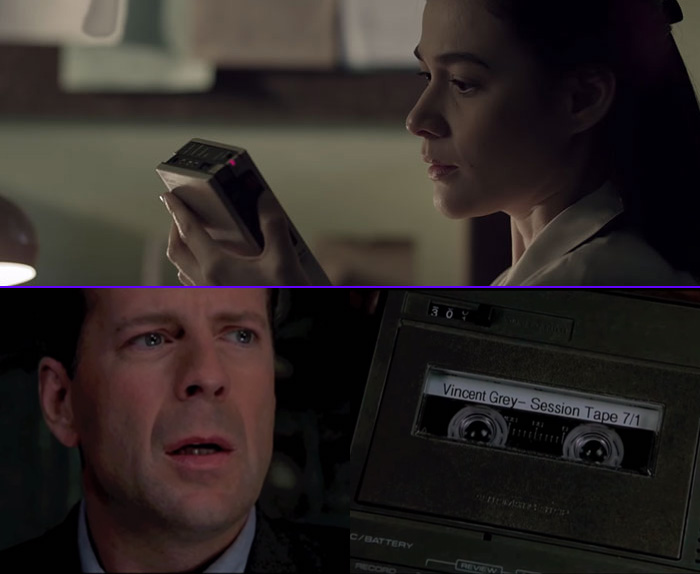 9.) Clara – A student who was murdered by Mang Fidel by strangulation. She is a close student of Patricia and has made pacts with each other that they will help one another in times of need. A foreshadowing of how she will help Patricia fight-off Erika to try to save her.

11.) “Parang buhay parin sila. Parang pwede sila lumipad kung gusto nila… Patay na sila pero nakakulong.” – Erika says this to Patricia as she references this to the preserved butterflies in the school’s laboratory. It also resembles her, dead but still trapped in her own torments.

12.) Joyce – another troubled teen of Sta. Lucia Academy. She is also close to Patricia as she’s always given consolation by her when she opens-up about her troubled life.

13.) “Matagal na siya nagpapakita ng sinyales, pero walang nakinig” – Patricia shares to Joyce how she lost her brother to suicide when they were young.

14.) Patricia discovers the tormented soul of Clara who can’t seem to escape a greater power that holds her at school. – A homage to Takashi Shimizu’s “The Grudge 2” (2006) 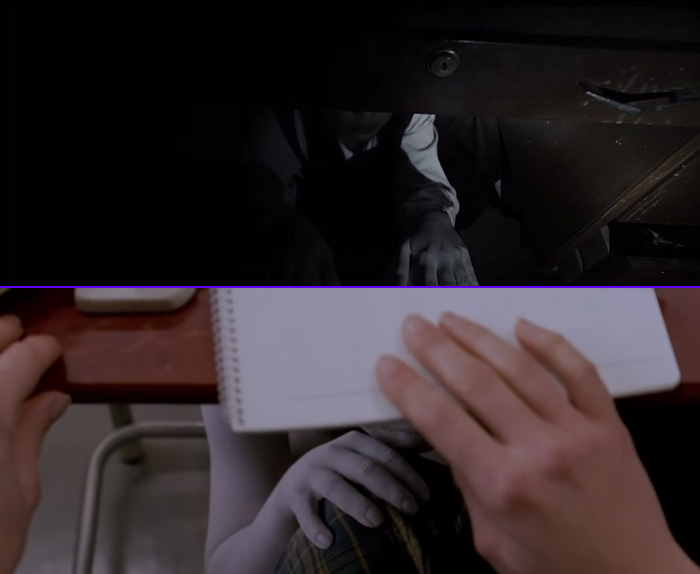 15.) Julian and Patricia were able to connect the recorded murder confessions of Ernest Sayco, Erika’s father who killed her mother, and Mang Fidel who killed Clara. Both confessions had the same story which lead Patricia to believe that Erika had something to do with both murders.

16.) At the school chapel’s confession booth, Erika tells Patricia how she’s always been tormented in life by her parents and peers. How she felt lonely, confused, and helpless as she was always bullied for being different. The imposed religious life by the school only confused her young mind further as she was bothered on why God delighted on human sufferings for his sake. She became the victim of all of these and as a result vowed revenge on her death to make others suffer just like her, including Clara’s soul. – A homage to Michael Bassett’s “Silent Hill: Revelation” (2012) 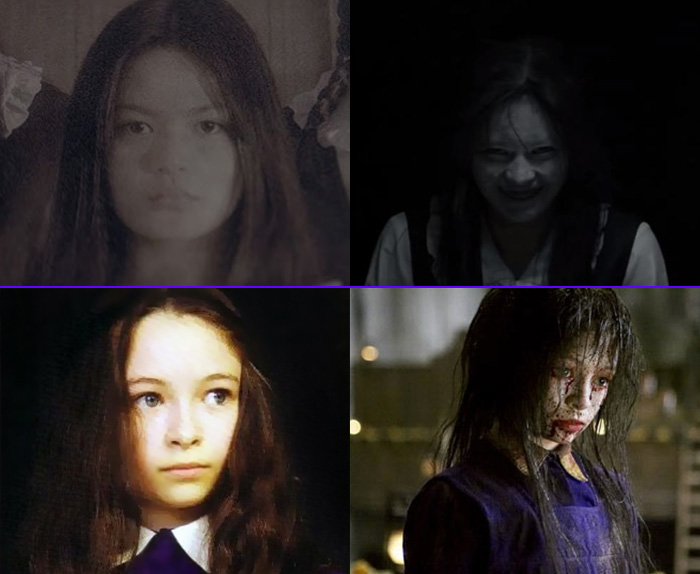 17.) Erika want’s to kill Patricia and trap her soul with her. She possesses Julian to murder her similar on how she possessed her father and Mang Fidel. But Clara soon saves her by attacking Erika, fulfilling her promise of helping her in time of need. After this, this became the last of Erika’s haunting and she and Clara was never seen again.

18.) Patricia realizes that she has actually died from the ordeal by witnessing her own wake at the school chapel.  – A homage to M. Night Shyamalan’s “The Sixth Sense” (1999) 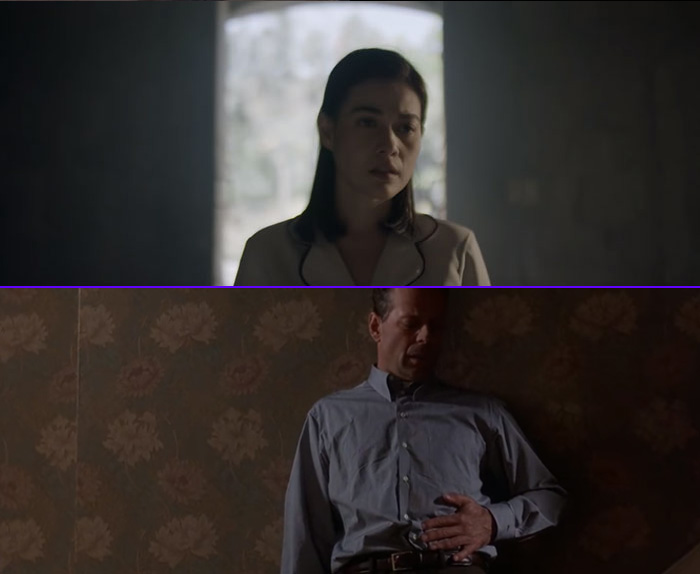 20.) “Nandito lang ako Joyce. Nandito lang ako” – A saint-like Patricia consoles and intercedes for Joyce, preventing her from jumping. Just like Sta. Lucia, patron saint of the blind and for those who do not see where their life is heading.