If you’ve been around Araneta Center Cubao for the past few days, chances are you’ve probably seen Ronald Vincent Calderon. Seeing him playing his guitar and hearing his smooth voice are obvious hints that he’s a musician. If you’ll give him a moment of your time, you’ll realize that you’ve come across one of the boldest man that you’ll ever meet.

I’ve been seeing him regularly perform outside Gateway Mall, near the entrance of Smart Araneta Coliseum. Today, I hung around for a little while to observe him. I came up to him and asked him if his songs are his originals. He said yes. So I immediately pulled out my camera to video record him and asked him if he could sing one of his songs. He was kind enough to agree to my request and what happened next blew me away. It wasn’t just his song “Sulong!” that amazed me, but it was also his passion and guts to pull this off in front of everyone else in public. He’s the walang arte kind of guy who is willing to create his own opportunities to fulfill his dream. No concert stage? No problem. He’ll sing in between big pots of ferns just to serenade you.

He calls himself “Calde”. He has a few card boards laying around him that says he’s a real estate sales agent. Probably one of those guys who hands out flyers of condominiums at the malls. So being ignored isn’t something new to him (just kidding). 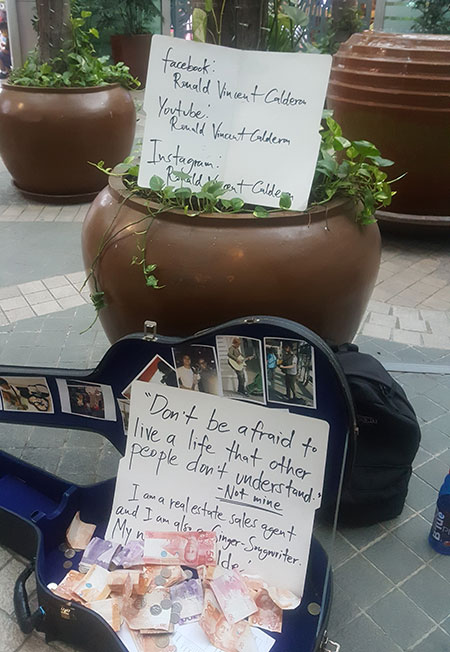 It’s easy to ignore him and think that he’s just another street performer. After all, we’re not obligated to give him our attention. But in doing so, we’ll be giving ourselves a favor. if you think about it, he is actually giving away something of great value for free. And that is his original art. You don’t come across something like this in your everyday life now do you? So live a little, hear him out, and give some support. What harm can this young man bring in your busy life who only wants to brighten up your day with his music?

Here is someone who is as bold as the sky. Ronald Vincent Calderon reminds me that human passion is what makes this world so cool. 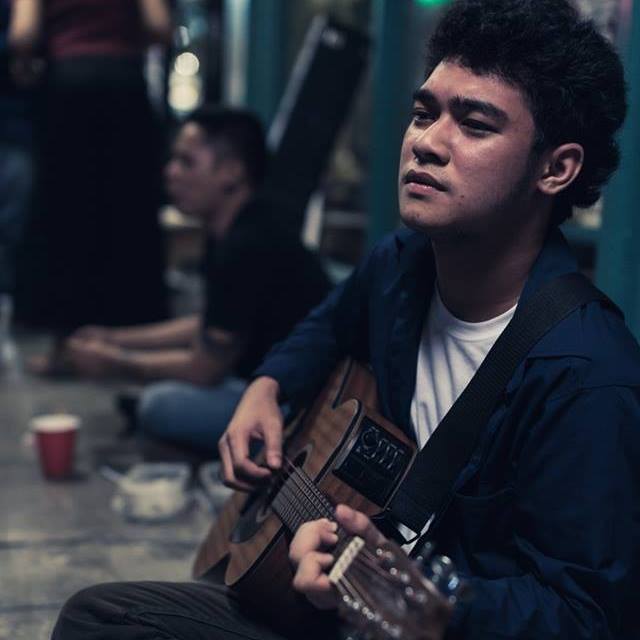 Kapisanan Banda 11 – A Tribute to Queen and Freddie Mercury

10 OPM Love Songs To Chillax With