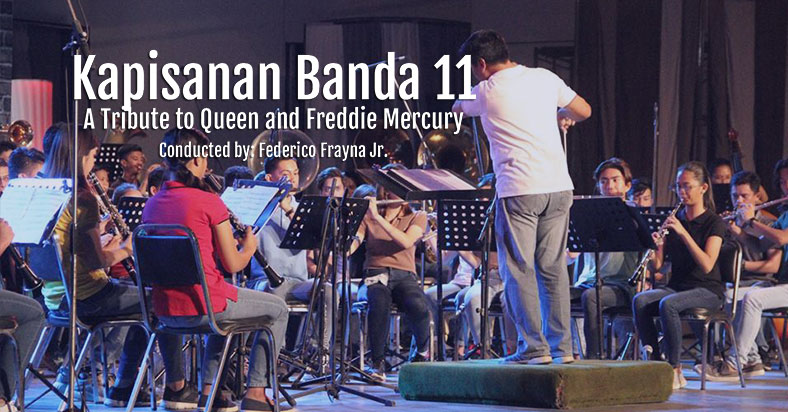 In line with the recent popularity of the movie “Bohemian Rhapsody”, many have found themselves binge-listening to Queen’s classic songs. But I was pleasantly surprised to get a look at Kapisanan Banda 11’s rendition of the timeless hits.  The small orchestra that consists of youth musicians captivated their audience with We will rock you, Bohemian Rhapsody, Another one bites the dust, and We are the champions.

I was very intrigued when I noticed how young the musician were. It turns out the orchestra was actually founded by the original members’ supportive parents. Talk about parenting gone right.

The band performed live in Rizal Park on November 11 and was conducted by Elmer Guballa and their musical director Federico Frayna Jr.

Kapisanan Banda 11, also known as “Kapisanang Banda ng Pulong Buhangin 2011“, was founded on April 6, 2011 through the initiative of 63 young musicians with the support of their parents. The band hails from Pulong Buhangin in Sta Maria, Bulacan. Since then, with the generous help and support of other people, the band has grown to over 140 members and has performed in various places including for the Philippine Senate.