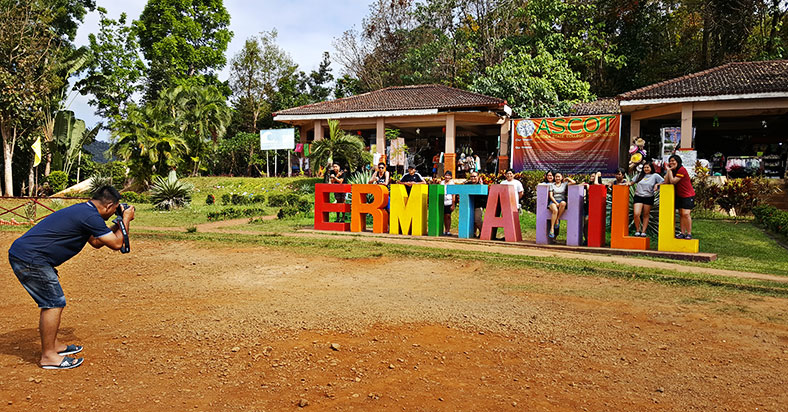 One great way to see the beauty of Baler is to see it from a high vantage point. If you’re not afraid of heights, you might want to try visiting Ermita Hill and Baler’s Hanging Bridge.

Ermita Hill is situated at the southern part of the shores of Baler overlooking its bay. Historically, this hill served as a watching station for the locals to spot intruders during the Spanish colonial times.

This hill was also used as a refuge by the few families who survived the Tromba Marina, a devastating tidal wave that struck Baler on December 27, 1735.

Today, it has become a popular tourist destination and a place of worship on Holy Week.

Baler’s Hanging Bridge is just a pedestrian bridge over a river. It’s not too high and it’s not too long either. But it’s also a popular tourist destination due to the slight excitement you get when crossing it and its great view.

Crossing it can be a bit scary especially when it’s windy. You can definitely feel the bridge sway and every step becomes thrilling. On both sides of the bridge are just small towns with souvenir shops.