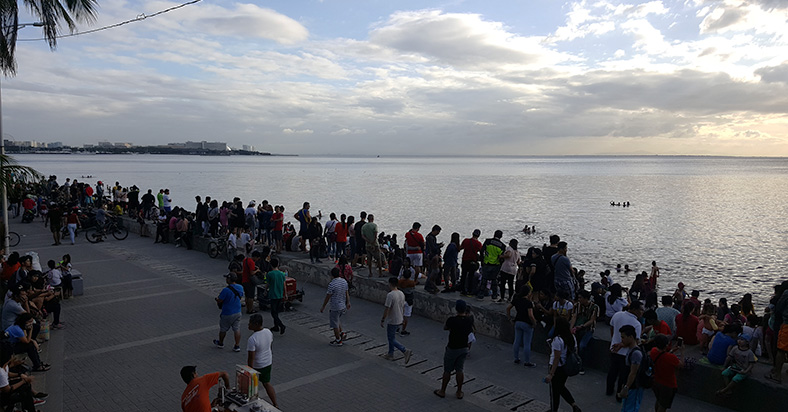 People are now flocking the Manila Bay at Roxas Boulevard to see its revived beauty amidst the clean-up program that was recently spearheaded by the government.

The rehabilitation program of the bay was initiated on January 27, and so far, massive improvements are now being appreciated by the public. Although experts at the Department of Environment and National Resources has stated that the pollution and coliform levels present in the waters are still high, this warning has not really hindered people from swimming into it. It was suggested by Environment Undersecretary Sherwin Rigor that “some parts” of Manila Bay would be swimmable by December 2019.

For those who are unable to see the bay, I’m sharing here some pictures that I have taken on my stroll along Roxas Boulevard’s Baywalk. I hope this can give you a clearer idea of how the progress of Manila Bay has been and what other things you can expect.

Sights of Aurora: The Heights of Ermita Hill and Baler Hanging Bridge