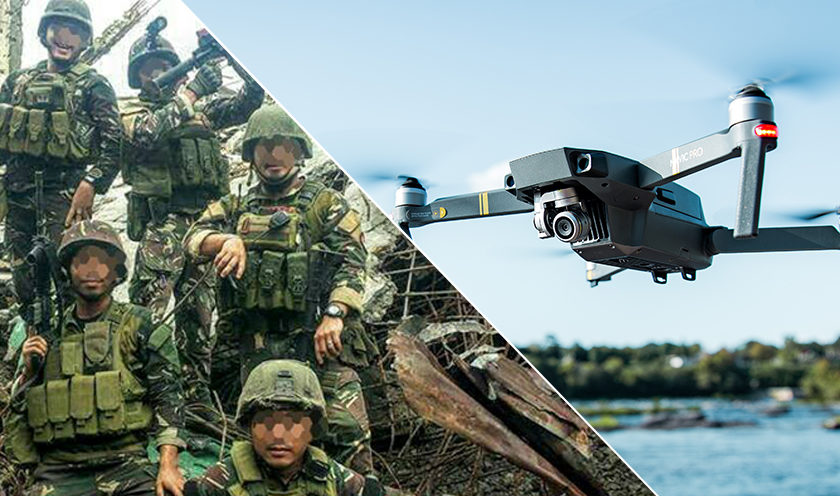 The internet, GPS, microwave, night vision,  and jet engines are only some of the few things that we civilians are enjoying today that originally was for military purposes and application. The advancement of technology usually is spearheaded by the military all through out world history.

Drones are unmanned aerial vehicles that can deliver a vast array of application. They were first used in the military but has now made it’s way in the market civilian use. Today we use drones for scientific research, film making and photography, sports and recreation, or for other things that can be considered as dangerous such as police surveillance. Drones are cheaper alternatives for tasks that once needed expensive equipment and specialized personnel.

World War I heavily industrialized warfare by paving the way for the advancement of military technology and modern strategic ideas. But it wasn’t until World War II when armies from around the world started including these ideas into their arsenal and putting them into practical use to accurately inflict damages and casualties to their opponents without risking the lives of their own soldiers. This idea was inspired by the effective use of earlier missiles such as the Henschel Hs 293 glide bomb. The Germans were also able to make use of a small unmanned ground vehicle called Goliath, which can be remotely controlled and carried high explosives. The Goliath’s purpose was to infiltrate the enemy’s position and be detonated when it’s near its target while its operator is concealed from the line of fire of the battlefield.

After World War II, drones were commonly used as target practice for more sophisticated military assets and aerial reconnaissance in military operations were commonly done by the Air Force. Highly trained pilots are tasked to venture into dangerous missions in high altitude aircraft. But during the Cold War and the Vietnam War, many of these reconnaissance aircraft were downed by anti-aircraft guns and surface-to air missiles, causing casualties and even capture of the pilot behind enemy lines. Such is the 1960 U-2 incident where an American pilot was captured after his U2 spy plane was downed by a soviet anti-aircraft missile. These incidents stressed the urgency for the use of unmanned aerial vehicles, most especially for reconnaissance.

From 1960’s to present times, drones have been effectively used by modern militaries for reconnaissance, decoy, and even as weapons. So effective that during the Gulf war, some units of Iraqi soldiers would even surrender to the American drones when they would see one coming towards them.

Military drones do not have to be expensive and too high-tech for them to be effective in combat. This was proven in the Battle of Marawi.

During the battle, drones were used by soldiers to effectively pin point the position of the enemy. Soldiers on the ground escorted by these drones were able to figure out the routes, positions, strategies, casualties, and even the type of weapons their enemies were using in real-time. Drones helped them study the battlefield as the battle progressed. With proper analysis of the drone’s footage, the soldiers were able to carefully plan their next move and take advantage of the enemy’s “weak spots”.

The battle for the city lasted for 5 months, which some would say could have lasted longer without the help of these drone assets.

Watch the video below to have a sense of how drones were used as the infantry’s “eyes in the sky” in the battle of Marawi.

Drones are now used by the Philippine National Police as valuable assets for surveillance. A well known time of its usage by the police was during the 2018 Feast of the Black Nazarene in Manila.

These assets are not only used in high profile events, but are now being utilized for other police operations such as surveillance escort for capturing crime syndicates or for patrolling in high-crime areas.

Is Tagalog a Dying Language?

A Peek Inside The National Museum of Anthropology in Manila

Truth, Nationalism, and God: What Gomburza Died For, That Which We Live For

Artificial Intelligence Can Crush BPO’s In The Philippines