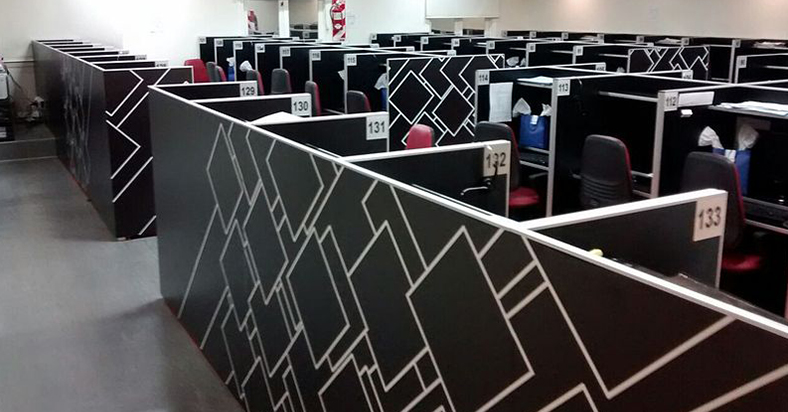 Technology was meant to make things easier for people, especially for business owners. Technology has helped businesses from around the world set up operations here in the Philippines particularly in the Business Process Outsourcing industry (BPO). The main reasons companies do that is because it’s affordable and the quality of service is not compromised as promised by the BPO company. Affordability and good quality through outsourced services means companies can keep most of their profit and cut down on expenses. This is good for the company. But of course, not without any social repercussions.

I remember when I worked in a BPO call center company 10 years ago. I worked in customer service and happened to talk to an irate customer from the United States. When the man on the other line found out that I was from the Philippines, he couldn’t help himself vent out his frustrations on me and said that we Filipinos were steeling jobs that were meant for Americans. This was around 2008 when many Americans were losing their jobs and homes because of the recession. At that time I didn’t really care about how he felt, simply because his problem was not my problem. Thanks to the wonders of technology, I had a good paying job outsourced to us by a foreign company and the man on the line was just another 5 minute phone call for that day.

Fast forward to 2018, technology has boomed since 2008. We now have smart phones, smart watches, and many other smart appliances and home gadgets such as the Google Home Mini, Amazon Echo, and Apple HomePod. These smart appliances and gadgets have Artificial Intelligence that are designed to follow through the owners commands. Ask them something and they’ll give you an answer, give them a directive to fix your schedule and they’ll assist you with your calendar and alarms, command them to call someone on your contacts and they’ll start dialing your smart phone without you even touching it. All this and more can be done by the current generation of A.I. and the only thing that was needed was setting up a free account and internet wifi access.

For decades, tech companies have been working on automation software and A.I. to make certain operations easy and fast whether for military use, business purposes, or private consumers. Big tech companies who pioneered A.I. definitely have their eyes on businesses and other huge industries that would surely benefit on their creation. After all, a huge chunk of their income comes from the business sector simply because businesses have more to gain by using these new technologies more than consumers.

So what does this mean for workers and the BPO industry of the Philippines?

It’s simple, machines with next gen Artificial Intelligence will replace human labor. Companies will find this more cost effective the same way companies used to see outsourcing as cost effective. The first industries on it’s list are customer service oriented businesses, which we all know is significant to the BPO industry of the Philippines. Don’t believe me? Continue reading and I’ll give you a glimpse of the future…

Next gen A.I. is already at hand and companies that utilizes customer service, via phone or online, already have their hopes on this. Today’s A.I. can mimic human conversations. A person who is talking to an A.I. representative over the phone or online wouldn’t even know that he’s talking to a machine.

Watch this video. Google now has the technology to have an A.I. representative make full conversations over the phone to set up appointments.

This technology is extremely valuable to companies with customer service. They can wipe out an entire fleet of human labor and replace them with this to save money and cut down on company expenses. They don’t need to pay them a monthly wage, they won’t have to worry about unions and labor regulations. They only need to perhaps update the software every now and then or pay a minimum fee for a business account to the A.I. providers, the same way companies subscribe to business accounts to software providers like Microsoft Office and Adobe.

With Artificial Intelligence companies can:

Jobs that might be in danger because of A.I. and other automation software:

The future of business and work will be unconventional.

3 Types Of Men We Hate Working With At The Office