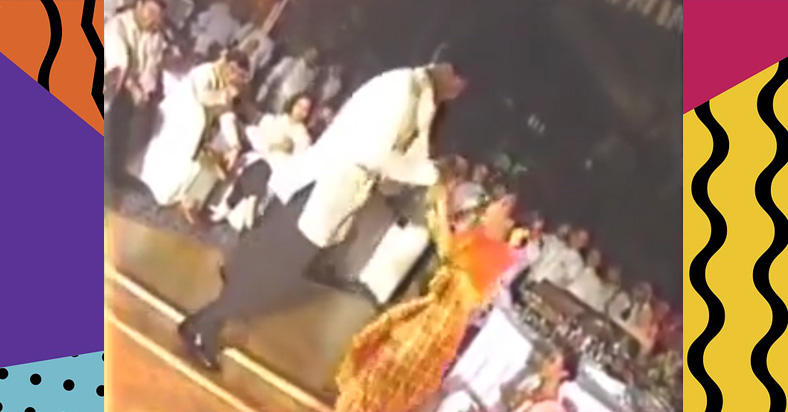 The name “Kobe Bryant” is forever etched in the hearts of people around the world. Even non-basketball fans mourn the athlete’s death on the morning of January 26, 2020. The helicopter that Kobe was riding crashed on the side of a mountain in Calabasas, California. 8 other passengers died including his daughter, Gianna.

I personally didn’t want to read more about the news of his death because it emotionally breaks me. It was unbelievable, absolutely heart breaking. Instead I tried to dig more on Kobe’s great achievements when he was still living. Watching reruns and video’s of him making dunks and awesome shots in the court. I also loved knowing more about his other passions like his philanthropies and the charities he supported.

But one particular thing that brought tears to my eyes was his cheerful moments here in the Philippines back in 1998. This video shows how Kobe Bryant was taken by the hand by a pretty folk dancer and taught him how to dance the Tinikling. The crowds were cheering “faster! faster!” as it becomes noticeable that he was getting more comfortable with it. By this time, he was still 20 years old and probably didn’t have any idea that he would be back in the country years later with more goodwill visits.

Now that he’s gone, I could only hope that we Filipinos had shown him enough love and respect especially during his days here in the Philippines. #MambaOut