I’ve always had yellowish teeth. It doesn’t matter how much I brush my teeth in a day, its color just stays the same. It’s one of my biggest insecurities in life. I couldn’t even smile properly in front of the camera because I don’t want my teeth to be seen and be compared with the whiter teeth of others in that picture.

I’ve decided to fix it and searched for home remedies. Most of the suggestions that I’ve found online recommend the use of baking soda mixed with pure lemon juice as a teeth whitener. But as I’ve head to my local pharmacy to buy some toiletries, I’ve stumbled upon “Perfect Smile Teeth Whitening Strips”.

I’ve never used anything like it before so I though of giving it a shot. It was for P279 at Watson’s and it looks like it’s imported from Korea.

A pack comes with a teeth color checker sheet, a manual, and four packets of strips.

The manual doesn’t say how often you should use this in a day. So I used it once a day and had the strip sticking on my teeth for 30 minutes as recommended. And since it came with four packets, I used it for four straight days. 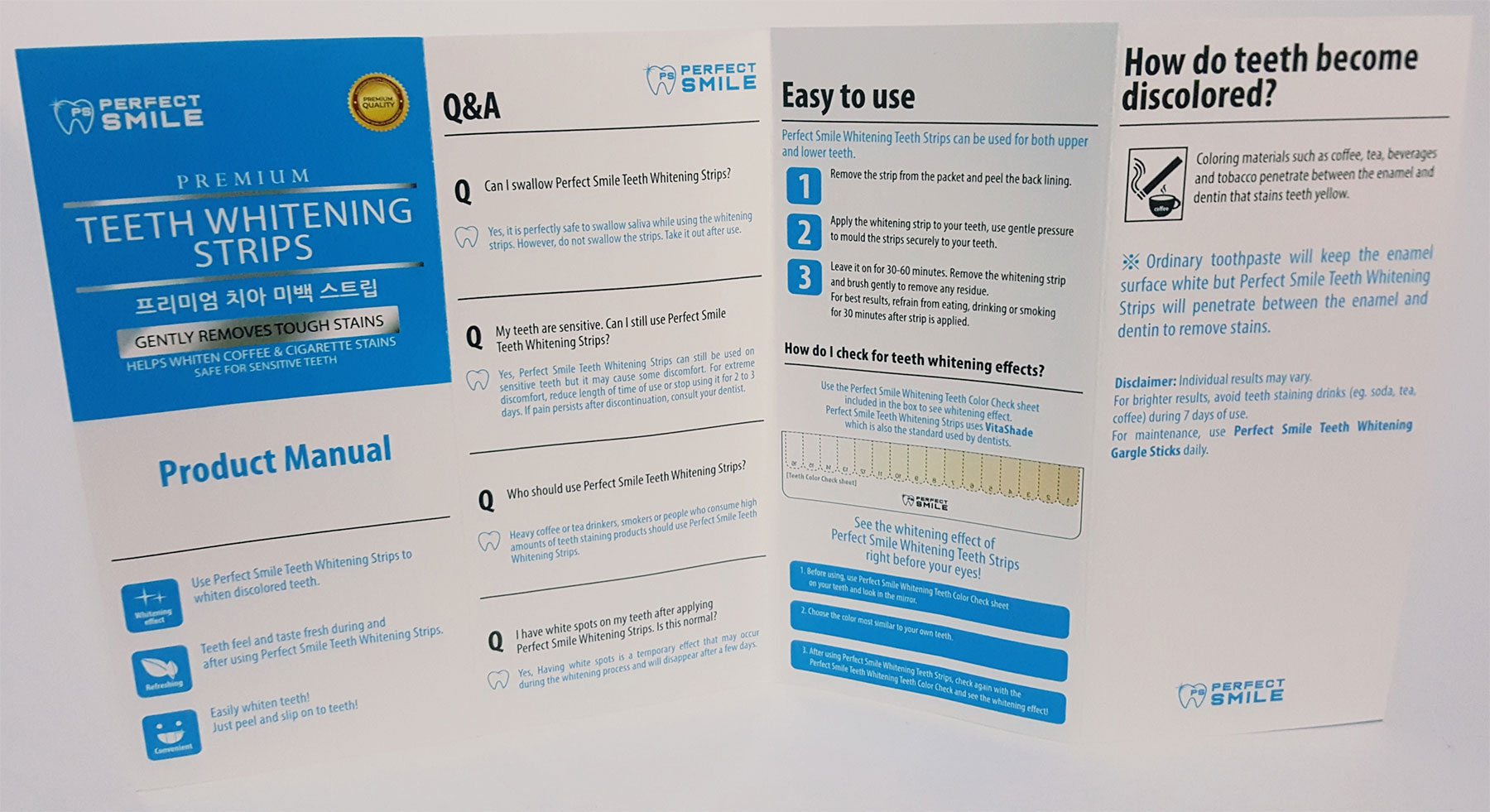 Each packet comes with two strips. One for the upper and one for the lower teeth.

Peel it and stick it on the surface of your teeth, it’s that easy. It doesn’t taste bad at all. It’s like a little sour and it’s safe to swallow the chemicals that melts from it. Yes, it melts on your teeth after a few minutes.

It’s also a little uncomfortable to have it on. It’s like having something stuck on your teeth and your continuously drooling. But hey, I’m willing to try anything that would work and save me money from visiting the dentist.

As recommended from the instructions, I tried it with another one of their products. The “Perfect Smile Teeth Whitening Gargle Sticks”. It’s sold separately and it’s only for P25 each.

These gargle sticks are like mouth wash. I use them after I use the strips. 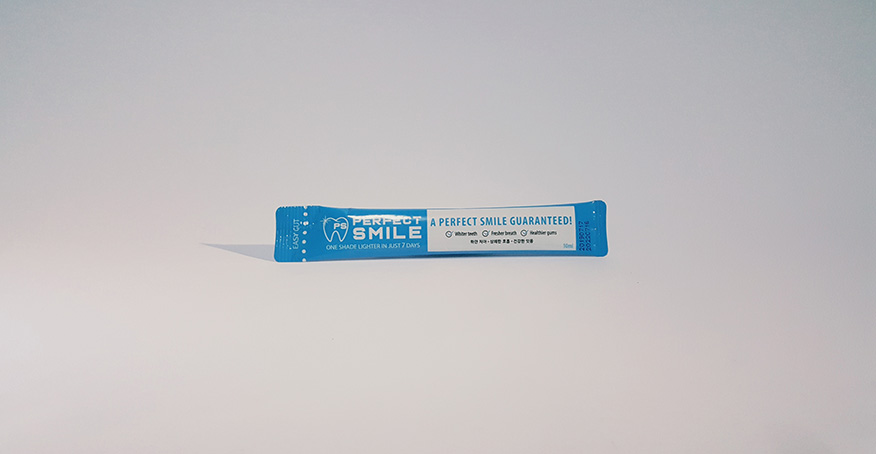 I rinse my teeth with it for 30 seconds before rinsing with water. It tastes a bit like cherry or Hexetidine (Bactidol).

I honestly couldn’t tell if my teeth have become whiter. It seems like it, but I’m not 100% sure. Maybe four days of using both the whitening strip and the gargle stick isn’t enough. So I might try again and give updates on this post in the future.

But for now, I’ll be trying the baking soda and lemon juice remedy as a cheaper alternative.

Houdek’s Kabanos Klassik: Better Than The Typical Pinoy Sausages, And I’m Sad About It

Xiaomi 11T Pro, A Heavyweight Contender Against Other Flagship Phones At A Fraction Of The Price

Comparing Vivo V21 5G and Vivo V21e. Are They Good for Vlogging and Gaming?

You Will Love Ian Darcy Perfumes