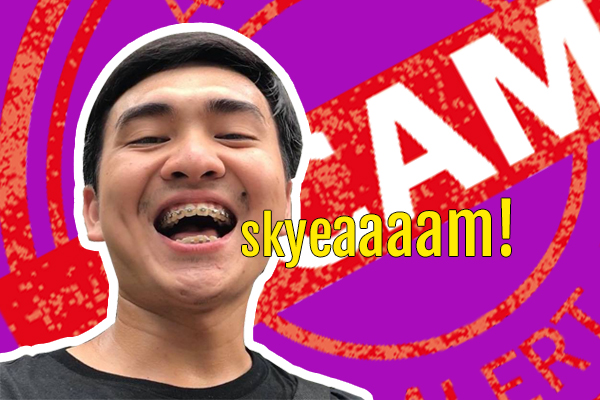 Thinking of scamming people? Get rich quick and travel the world? Don’t be like Xian Gaza. You’re better off being someone like Xander Ford.

1.) Don’t be a social climber – Be true to yourself

Of course, nobody wants to be left behind in life and we all want to be accepted.  But doing stupid things just to make yourself look like a king or a queen is pathetic.

The world will judge you, no matter what good you do. But still, do it for yourself not for the world.

2.) When asking for help or forgiveness, stop bragging about how much you’ve lost – Be humble in asking for favors

The most obnoxious kind of person are those who can’t stop bragging about how much they’ve lost in their lives while asking for forgiveness or help. Even in the midst of desperation, these people would still manage to slip in some outstanding stories of their struggle. You would hear them say things like “my business failed and I lost so much money” or “I had a huge debt when I was in Hong Kong with my other business partners”.  These micro-bragging that is slipped into conversations are designed to cover their true identity and intentions. Even in the midst of desperation, they still want to look “on top”.

Do not be this kind of person, it wont help you in your time of real need for people will only see you as an insincere douche . It’s good to not be ashamed of your failures but never use it to boost your ego.

3.) Have the common sense to look after your kids – Your kids are your real treasure

Xian has made it public in social media that he has a son. It is quite sad for a child to know that his father is going to jail and quite traumatizing.

If you have children, make sure being there for them is always your top priority. Don’t be like Xian. Don’t risk losing your freedom of being with the ones who’s left in your life.

People who fell victims of scams didn’t only lose their money, but they’ve also lost their livelihood and future, and all that hard work for that investment with the hopes of a better life is now for nothing. This is enough driving factor for some people to get you killed for revenge. You’re lucky if you land in jail.

What does Bill Gates and Henry Sy have in common besides being  billionaires? They didn’t scam their investors.

5.) Stop harassing and cornering women – Be true to women

Remember that billboard Xian had set up in Morayta just to ask Erich Gonzales out for coffee? Also those “Sweet moments” pictures and videos he posted in social media with Ella Cruz? Yup, those are considered as harassment.

Netizens were quick to point out the creepy antics of Xian regarding the billboard. They said it was meant to corner Erich in the eyes of the public to force a favorable answer from her or else lose credibility from her fans. Also, when Ella Cruz cleared in Boy Abunda’s show (Tonight with Boy Abunda) that she and Xian were only business partners with no romantic relationship saying “hanggang mag kaibigan lang po kami”. Netizens also defended her dignity by lashing out on Xian and calling him out for those pictures he posted. It was clear for the netizens that Xian was using Ella’s name to boost his public image.

A way to a woman’s heart is through being a real man.

This is a no-brainer. Your life is not a game that you gamble with. Breaking the law in the Philippines can get you killed, so stop it!

I mentioned earlier that someone like Xander Ford would be better off than Xian, here’s why:

Prediction: Pacquiao Will Win If He Runs For President Of PH

Switch To These Careers If You’re Tired Of Call Centers