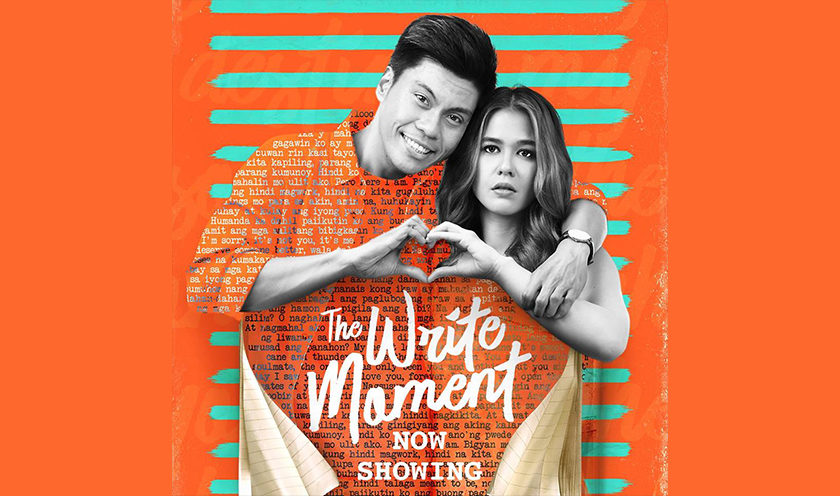 Clever, cute, and funny. It shows that true happiness and love can’t be and shouldn’t be scripted.

The movie starts out a bit cheesy. Cheesy lines, cheesy jokes, typical Pinoy romantic kabaduyan. But 15 minutes into this movie, the story starts to become quite interesting!

The Write Moment is about a man’s attempt to rekindle his relationship with the woman he loves after a sudden break up. Dave (Jerald Napoles),  is a script writer who tries to use his writing skills to persuade his girlfriend Joyce (Valeen Montenegro) to get back with him, but something magically happens as he finds out that the scripts he created also starts happening in real-life. With the “magical” script, Dave was able to plot his reunion with Joyce and even got her to accept his proposal for marriage. But he soon realizes that every good thing that the magical script has accomplished is nothing but scripted. There was no true love and true happiness. Dave has always wanted the real thing from Joyce. At the end, Dave gives up on his script and accepts the decision of Joyce to break up with him once again, even without a clear reason from her. Doing so freed both of them, Joyce from the relationship she no longer yearns and Dave from his hopeless attempts that could lead him to further self-pity.

The couple did not have a fight, there was no third party, or any other reason to separate. The movie shows us the possible reality of a breakup we often fail to see, which is simply falling out of love. Joyce makes an interesting and short point about romance not being a necessity when comes to happiness. It also gives us the idea that forcing someone to love you could just make both of you miserable captives of a disingenuous life. At the end, we humans would always prefer truth and authenticity. Without those two, we can only hope for freedom.

Dave is played by Jerald Napoles and Joyce by Valeen Montenegro. It’s very refreshing to see these guys in leading roles.