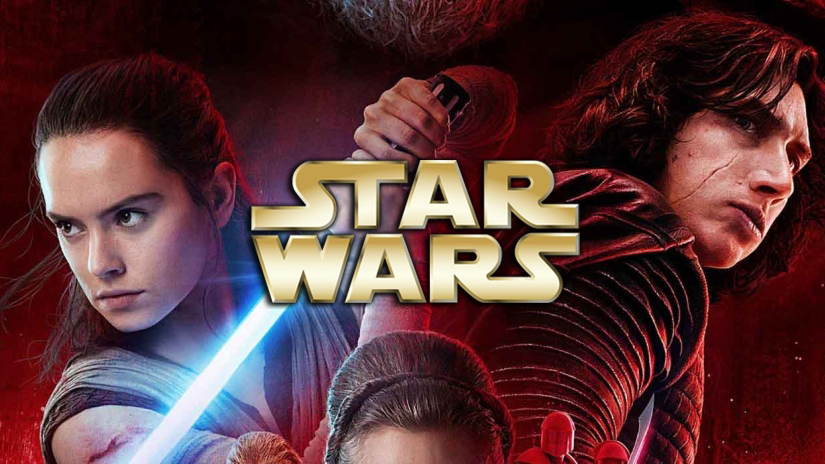 Theories about the future outcome of Star Wars are nothing new. I’m not a die-hard fan of the franchise but lately I found myself binge watching the Star Wars movies, and now I can’t help myself from forming my own theories about the finality. So here’s my amateur take on it. Kylo Ren and Rey will have a baby, and their baby will bring Balance to the force. Qui-Gon is also Rey’s true father. But how and why?

Let’s start from the beginning

It is important to take note that in Episode One, when Qui-Gon met Anakin Skywalker, he felt something different from Anakin. Qui-Gon run a test on Anakin’s blood and found out that Anakin has an unusually high midi-chlorians in his system. Midi-chlorians are somewhat of a building block in a person’s cells that enable you to use the Force. The higher the count of midi-chlorians you have, the better and stronger chances you have in using the Force. Qui-Gon got more interested in Anakin and later thinks that Anakin might be the chosen one from the Jedi Prophecy who will bring “balance to the Force”.

But why would Qui-Gon think that the Force needs to be balanced? Isn’t he a Master Jedi of the Light side of the Force? Then why balance it instead crushing the dark side?

Also, let’s take note that Anakin’s father is unknown in the movies and Qui-Gon suspects that Anakin has been conceived through midi-chlorians (by use of the Force).

In Episode Three, Anakin was drawn to join Palpatine in the Dark side since Palpatine claims he can create or save lives through Force-manipulation of midi-chlorians, which he desperately wanted to save the life of his wife Amidala whom he believed was going to die.

But in Lucas’ original concept, it is Palpatine/Darth Sidious who is the father of Anakin, that’s why he has always shown great interest in him. Palpatine and Anakin were suppose to have an “I am your father” moment where Palpatine explains to Anakin that he created him through midi-chlorians. Anakin is in denial of this at first but he feels that Palpatine is telling the truth as he feels it through the Force. But this scene never happened in the movies.

If it is true that Palpatine is the father/creator of Anakin, then Anakin’s purpose has always been for the Dark side. It’s his destiny, it’s in his blood. This explains the stubbornness and greed for power of Anakin ever since he was young.

It is later made clearer that Leia’s real father is Anakin/Darth Vader, who technically is the grandfather of Kylo Ren. Kylo Ren joins the Dark side and has always dreamed of ruling the empire and becoming the most powerful, just like his grandfather. Like Anakin, Kylo’s purpose is for the Dark side. It’s also his destiny, it’s in his blood.

Kylo felt the strong presence of the Force in Rey. But how can this be if she doesn’t have any knowledge of the Force nor have any Jedi training? This would only mean that she too has an unusually high count of midi-chlorians in her system. Like Anakin, Rey’s parent’s are quite unknown. But also like Anakin, the high amount of midi-chlorians in her means that the Force is also strong in her.

Could it be that like Anakin, Rey was also conceived through midi-chlorians by use of the Force? If so, then who created her? Who is her real parents?

My theory is that, like Anakin’s mother, Rey’s mother’s purpose is only to give birth to her. And it doesn’t matter how they would be brought up (scavenger life) since it’s the Force that would eventually make a way for them to reach their destiny.

Someone created Rey’s midi-chlorians through the Force to be conceived just like Anakin, but the only difference is that her purpose and destiny is to be in the Light side of the Force. If this theory is true, then I believe that Qui-Gon would be the best person to create Rey by use of the Force. Therefore Qui-Gon is Rey’s true father for the purpose of light sied as Palpatine is father to Anakin for the purpose of the dark side.

How can this be if Qui-Gon has been dead since Episode One?

Qui-Gon may be dead but that doesn’t mean he’s not able to make any interventions in the living universe. He is alive in the netherworld and as a matter of fact, before the end of Episode Three, Yoda tells Obi-Wan that he will be trained for a new skill that he recently learned from Qui-Gon. That is communicating with the dead. Qui-Gon from the netherworld learned how to communicate with the living and wants to teach this to the remaining Jedi Masters.

What does this all mean for the Force and Kylo and Rey having a baby?

It’s simple. There is just one Force, but it has two sides. The Dark side and the Light Side.
Beings from across the galaxy learned and mastered how to use the Force whether for good or evil.
Particularly, the Jedi used it for good and the Sith used it for evil. As more Jedi and Sith came about to use it, the Force became “out of balance”. The Force was being abused by many, and therefore it needs to be balanced again. Just wiping out all Sith by the Jedi or vice-versa wouldn’t work since the surviving group would just use the Force far more often than they should. The Force wants to work on its own. It doesn’t really want itself to be manipulated by anyone. It brings about chaos or peace at its own phase all through out the universe.

This means Kylo needs to be the last “Dark sider” and not a full blown Sith and Rey needs to be the last “Light sider” and not a full blown Jedi as well (they can not be pledged members of their dream Orders because their oaths for their respective Order will only create impossible reconciliation of both sides). But their deaths wouldn’t also bring any balance to the Force. This would only bring a cycle to the age old problem as it will not be fixed through death. Even if they die, beings from across the galaxy would still eventually stumble upon and learn how to use the Force that lies within the midi-chlorians of their building blocks of life, and they’ll use it in whatever way they wish. So a “mediator” is needed. One who understands and appreciates both sides of the Force. One who can bring balance to it. And the wholeness of the Force itself will be it’s mentor.

Who better than a child who is conceived by both sides of the Force?… The Force incarnated into flesh to dwell within the cosmos. The destiny of both Light and Dark.