Sid & Aya is a movie that labeled itself as “Not a Love Story”, but perhaps it’s the best love story of the year. Yes, we recommend that you watch this movie!

The kind of “Love” the movie portrays is not the kind that two lovers have when they possess each other, but rather it focuses on the happiness you can get when you simply live in the moment with that special someone. It gives us the idea that there are no assurances of perfect relationships, expectations will always be unmet, and things don’t happen the way we think we deserve them to be. When we accept these facts, life can perhaps offer us something better than love, Freedom.  Too deep? Well, that’s why you have to watch the movie.

The ending of the plot is bitter-sweet. It’s bitter because it didn’t end up the way love movies always end. Because of their difficult situations in life, the audience is set to believe that Sid and Aya did not end up together. Aya did not accept Sid’s proposal to be with him. The sweet part is both of them were free, and happiness does not mean possessing someone in a relationship. This is good because both had personal problems they needed to fix first. Sid is battling his depression and has insomnia caused by regrettable lifestyles while Aya had the burden of holding her family together and taking care of her siblings and handling the problems that comes along with it. The relationship would have not worked out anyways since it would be a form of escapism from what they really needed to face in life. Yup, relationships are not solutions to problems. Smart move for Aya.

But also, the movie ended quite well as it showed Sid and Aya, a few years later from their “break-up”, see each other again while being happy and are in their best selves. Sid seems to be more relaxed in life now and Aya is more blooming than ever. They enjoy a cup of coffee together and enjoy living in the moment with full of optimism for their future.

Directed and written by Irene Villamor, Sid is played by Dingdong Dantes and Aya by Anne Curtis. Their performance were terrific. The actors for the other parts were also chosen quite well. The movie is also subbed in English for international audience.

Songs used in the movie by various artist can now be heard in Spotify. 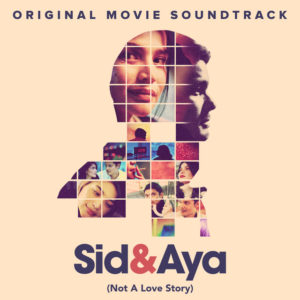