Cry No Fear is a thriller movie about two half-sisters who are trapped in their own home by murderous intruders. The sisters Kaycee (Donnalyn Bartolome) and Wendy (Ella Cruz) must set aside their differences and find  ways to survive this ordeal.

I would say it’s pretty decent for a thriller movie. I paid P270 for my movie ticket and I’d say it was worth it. I’ve noticed audiences, including myself, are actually being spooked by the imagery and how the story progresses. Meaning, the movie scares and intrigues you with its actual story line, cinematography, and proper acting by the cast. No cheap jump scares or “panggugulat”.

I’ve heard from others that this movie is about oppression of women but I beg to disagree. The two sister protagonists at the beginning of the movie are surely naive. They are portrayed as bitchy and self-centered millennials who despise each other. But when the intruders broke into their home, they were forced to take matters into their own hands when no help was available, and made sure they got each other’s back.

There is a subliminal hint of girl power in this movie. As a matter of fact, a scene showed a poster on the wall in one of the girl’s room that says “GRL PWR”, a foreshadowing of what the girls would be in for.

Cry No Fear is a film by Richard V. Somes

The main protagonists who played as half-sisters are Donnalyn Bartolome and Ella Cruz. Their performance is quite alright. They are not “baduy”. I could tell that they were chosen for these roles for their proper acting, not only because they were cute and could play the role of adolescent girls.

Both Sherry, who played as the slain guardian of the two girls, and Patricia Javier, as one of the intruders, are becoming more suited for serious and mature roles. Kudos to them! Carlyn Ocampo also scores an effective “batang kalye”. 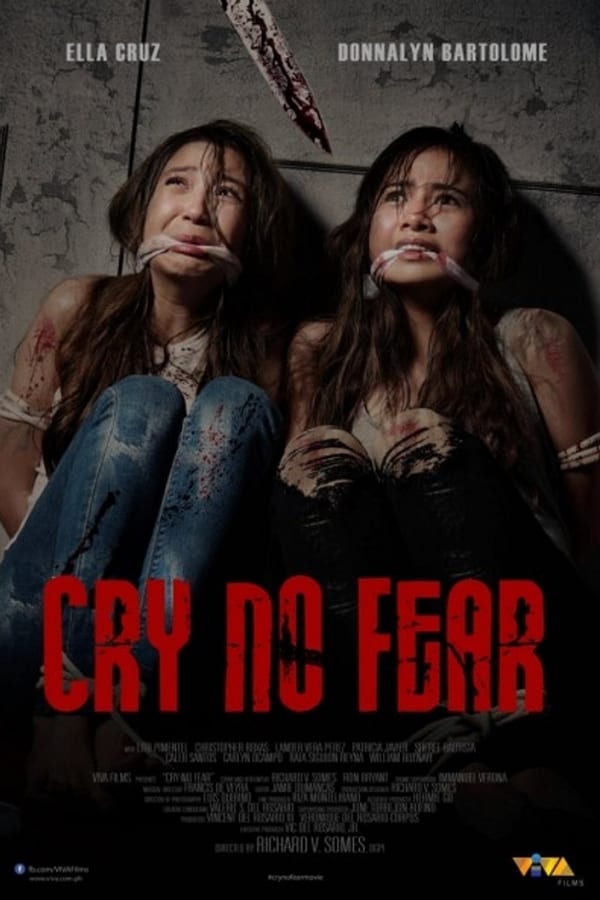