Aurora is a soft-horror movie that was featured in Metro Manila Film Festival 2018. It’s about a passenger boat, named Aurora, that has capsized near the shores of a small island city, causing the deaths of many passengers. The tragedy created not just economic problems to the already impoverished island city but has also been the root of paranormal events to an inn nearest to the shores from where the shipwreck is.

There have been several critics who have stated that it didn’t have the proper fear factor to scare its audience but I personally think it’s meant to be that way. I think the movie was supposed to be at least family-friendly, in line with the festival’s way of bringing families closer together for the holidays. The horrors in this film were designed to be bearable for younger audience while not compromising the interesting storyline.

CGI was heavily used in this movie but the effects weren’t really that corny, I’ve seen worse. I was actually impressed with some of the scenes and proper color grading of the film. But every now and then, some lapses are noticeable in their CGI.

I particularly loved the scene where the protagonist was trapped in the boat and experiencing the same horrific ordeal the passengers were experiencing. I think that’s where the movie’s budget was poured in.

At first I thought Anne Curtis wouldn’t be the right person to portray an “island local / probinsyana” character but she does it in such a lovely way that she fits the role quite well. Overall, Aurora is an interesting flick but it’s an Anne Curtis movie that people won’t be talking about nor will they remember. It’s a good horror movie for the family with kids but shouldn’t be taken too seriously by avid horror fans.

Businesses are now closing in a small island city where a passenger ship named Aurora capsized on its nearby shores. The tragedy and deaths of its passengers has caused severe problems to livelihoods of the local community which heavily depended on tourism. This become an irrevocable problem when the chief of the coast guard stated that they wouldn’t be looking for anymore survivors and that the shipwreck will be left untouched since it would risk and oil spill if they try to move it. Many of the residents of the island have decided to leave and start a new life elsewhere.

Mr. Castro, whose daughter is still one of the missing passengers from the ship, asks Leana (Anne Curtis)  not to leave the island like the rest of the residents and keep her seaside inn open for another month. He vows to pay her P50,000 for every corpse she’ll be able to find from the Aurora.  Mr. Castro offers this to Leana as he believes  that more bodies might be washed ashore and since Leana’s seaside inn is the nearest to the shipwreck, it will be easy for her to spot the floating bodies from there.

Leana agrees to Mr. Castro’s offer and decides to stay at the island and keep her inn for a month together with her younger sister Rita. She soon asks for the help of a fisherman named Eddie to come closer to the shipwreck in search of bodies. For days, they have not retrieved any bodies but it was during this period that Leana would be having lucid nightmares and hallucinations about the passengers of Aurora. Rita also seemed to be expressing some weird things but Leana is too preoccupied with her sense of duty to look for bodies rather than to entertain the paranormal that has been happening to her and her sister. She later also hires her friend Ricky to help with Eddie in searching for bodies near the Aurora.

After an almost near fatal accident near the waters of the shipwreck, Ricky and Eddie were able to salvage and brought ashore a corpse of an unusually tall man. Leana stores the body in a shack near the inn, careful that Rita wouldn’t see it. She also found out from Mrs. Castro that many of the missing passengers who are now assumed to be dead were not listed on the ship’s manifesto. She explained to Leana that the ship was overweight and that the Captain of the ship and the coast guards had and illicit business of allowing unsolicited passengers to the boat.

A survivor of the Aurora, Philip, has befriended Ricky before leaving the island. Philip shares to Ricky his horrible experiences on the ship when the tragedy happened. He first mentions that there were many of them cramped in the boat “like sardines” and it was indeed overweight. He confirms that there was a tall man in the cargo who was already dead and stored in a coffin. It was later found out that the father of the tall man made a racket out of his unusually tall height for profit in shows and circuses. Philip then tells Ricky that the crew of the ship made stories about the dead tall man walking in the hall ways of the ship at night to scare the children and that the people believed it was bad luck to have a corpse in the ship. But eventually, he explains to Ricky that nobody really knew the source of the problem. It could have been that the ship’s overweight caused it, or it was out of human error.

As soon as they found out more about the Aurora, more weird things started happening. More hallucinations and apparitions of ghostly passengers were haunting Leana at the seaside inn. She soon started experiencing dual realities where in her attempt to get out of the inn, she would find herself inside the Aurora at the very moments of the incident. In these dual realities she experienced  how the passengers were cramped in the ship and how the waters started to rapidly rise from the bottom of the ship as soon as the it was rammed to some huge rocks . She saw the terror on the people’s faces and how some of them died of fire. She also saw the last conversations of trapped people from within the boat. She was able to snap back into her own reality at the seaside inn and suddenly and influx of zombie-like passengers marched into the inn. She then calls Mrs. Castro on the phone and told her that the missing people were now there at the inn.

The movie ends with Mrs. Castro and the families of the missing passengers searching for their love ones on the piles of bodies on the floor of the seaside inn. The coast guard chief who was with them was exposed of his illicit business and the ship disappeared from sight, hinting a peaceful departure of the dead. In her last apparition of the tall man, Leana tells him to go home. The ghost of the tall man obliged and turns around and walked into the sea.

1.) The capsized Aurora can be seen from the island’s coast. Leana looks from the shore. 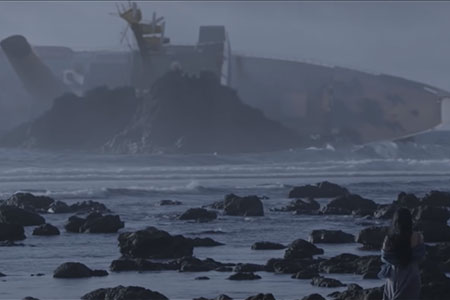 2.) The seaside inn where Leana works as an inn keeper. The opening sequence is a homage to Martin Scorsese’s “Shutter Island” (2010).

3.) After the Coast Guard has given up their search, Mr. Castro asks Leana to keep the inn open for another month and offers her P50,000 for every corpse she’d be able to retrieve. 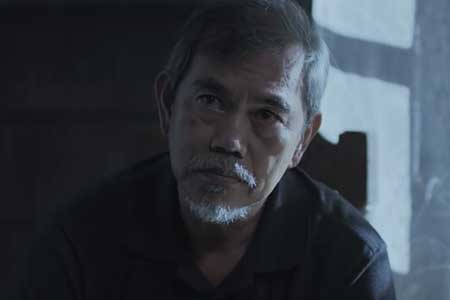 4.) Cargoes and personal belongings of the passengers of the ship are seen floating near its waters. Some of the cargoes are salvaged by Eddie as loot after being hired by Leana to help find bodies near the ship. 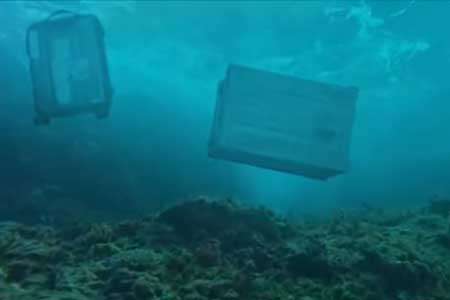 5.) A scene of Leana, a lovely young lady, looking through her binoculars from the shores as Eddie goes near the Aurora with his fishing boat. – A homage to Wes Anderson’s “Moonrise Kingdom” (2012). 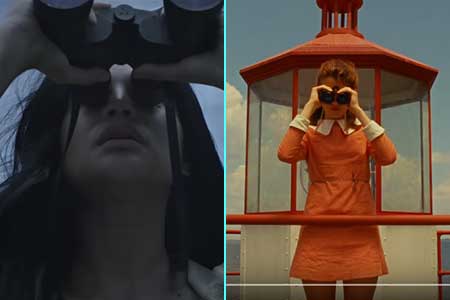 6.) Rita reads the biblical story of Jonah who was swallowed by a huge fish and lived in its stomach for three days. A foreshadowing of how Leana and Rita will find themselves in the belly of the Aurora. 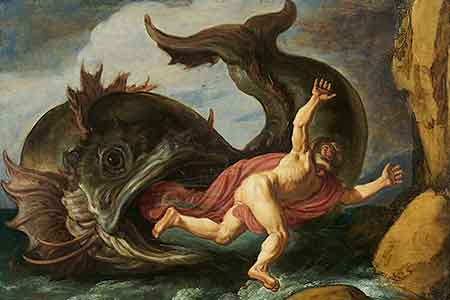 7.) Eddie and Ricky retrieves an unusually tall man from the shipwreck. It is later found out that the man’s name is Benjamin David aka Boy Giant. A man with gigantism who died of a heart attack and who’s remains was being transported in the Aurora.

8.) After being haunted with apparitions of the passengers at the seaside inn, Leana and Rita tries to get out of the inn. But as soon as they walked out of the door, they are both “switched” to another reality where they were able to witness the tragedy the passengers of the Aurora experienced.  – A homage to Steve Beck’s “Ghost Ship” (2002).

9.) Leana and Rita tries to escape after the Aurora was rammed to a huge rock formation near the coast of their hometown island. Passengers are seen panicking and the sea water starts to rise from within the boat. An automated warning can also be heard from the ship’s radio communication system: “This is your captain speaking. Meron tayong problem sa engine… Hintayin ninyo ang susunod na instructions.” – A homage to James Cameron’s “Titanic” (1997). 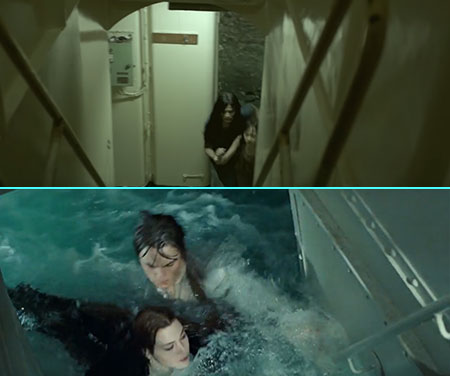 10.) After switching back to their reality at the seaside inn, an influx of zombie-like corpses of the missing passengers march into the inn as if looking for refuge. 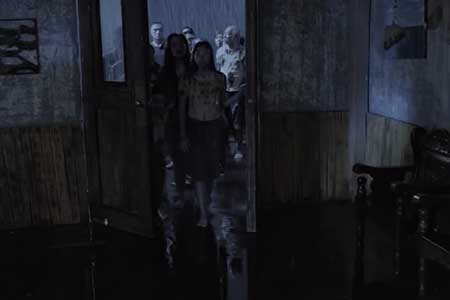 11.)  “Nandito na sila” – An eerie revelation, Leana tells Mrs. Castro over the phone that the missing passengers has “arrived”. 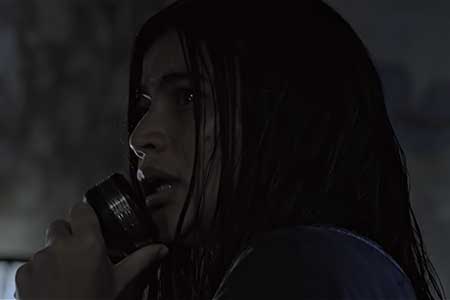 12.) “Umuwi ka na” – Leana firmly tells the last apparition of the Boy Giant, who is also believed to be the reason of the Aurora’s terrible fate. From gloomy to sunny, the aura of the movie brightens up signaling that their ordeal is over and the families of the dead have been reunited with them. 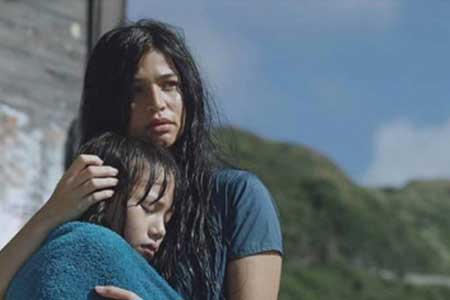