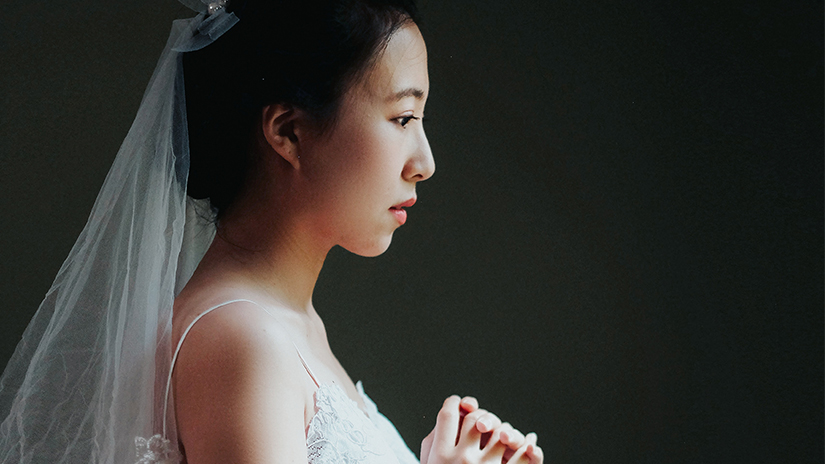 Most of us have friends who are about to get married or who have already tied the knot. And while we’re happy for them, we have also been burdened of keeping our worrisome opinions to ourselves. Let’s face it. We know our friends too well, their capabilities and weaknesses. We have doubts about their incoming marriage life and there are just some things we wish we could have told them before they exchange their “i do” to each other. But because we love our friends, we often keep our mouth shut and just give them the support they need from us.

Here are are those things we wish we could have told them:

People would marry based on the idea that marriage will give them happiness or the feeling of being complete. They’re expecting to receive some sort of gratification from it. But what happens when the receiving stops? Will they be ready to start giving? For how long? For what reason? Because of love? What is love?

People should understand that real love is not a fluttering feeling of happiness, but a mission.

(The person you’re going to marry is stupid)

Sure, ignorance is a bliss for some of us. But through time, people become smarter and wiser, and you’d wish both you and your spouse to be in the same playing field. But when a someone realizes that their spouse has been left behind, this can cause some real stress in their marriage. Our partner’s prolonged ignorance and immaturity is a heavy burden.

People used to say “the best things in life are free”, but the price of rice and gasoline has risen again recently. So your friend definitely needs to be realistic. Otherwise, being broke isn’t romantic.

Money isn’t something to fight about. Judging others for their lack of it is also shallow. We shouldn’t also encourage people scrap away their wedding vows just because of the difficult life situations poverty can bring upon them.

There’s nothing wrong with falling in love to someone who’s not financially savvy, but making hurried decisions to marry at this situation isn’t smart either. Marriage and all the other necessities and unexpected problems that comes with life will cost money. We want our friends to be financially prepared before they tie the knot. Because if money will become a problem for them, who do you think are they going to ask for help from? That’s right, you!

(The person you’re marrying is ugly)

First of all, we’re not saying that ugly people don’t have the right to get married. And judging someone based on their appearance is very shallow. But sometimes, we just can’t help ourselves but notice. After all, we just also want the best for our friends, right? So we just shut our mouths and don’t say a thing. We don’t say this to our friends because we know they’re already happy and they’ve found true love.

(He/She is using you)

Sometimes there are red flags we see in our friend’s “lover”, and it saddens us that they choose to ignore them or cover them up with nonsensical excuses. You risk having a fight with your friend by telling them this. So again you shut your mouth until it’s them who brings this up.

Gold-diggers are everywhere. Gender is not an issue here. Gold-diggers can be male or female. Marrying one is a sure recipe for an embarrassing heart-break.

(Don’t get married just because you got pregnant)

Marriage doesn’t fix unplanned problems. Marrying someone because of unplanned pregnancy won’t force you to become good parents or spouses. Tell your friends it’s best to step back and take a breather. Don’t be to haste with decisions and prioritize the well being of the child.

(Don’t be swayed by what your elders suggest to you)

There are many people who jump into marriages just because they feel obligated to follow what their elders have suggested. People become miserable by living out someone’s decision or dreams.

(If you don’t want to marry, don’t be afraid to back out)

Prevention is always better than cure. There is nothing wrong of being afraid of something you’re not sure of. Be honest to yourself first or face the consequence of waking up every morning beside a person you don’t really love.

Love, commitment, marriage are things you don’t decide overnight. Backing out before you deliver your vows can save you from a lot of future problems.

How about you?  Did you wanted to say something to your friends before they got married? Share it with us in the comments below.

Difficulties of Dating A Single Mom