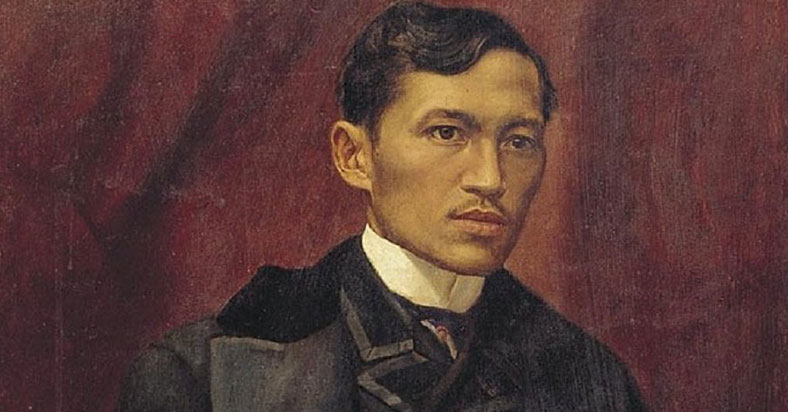 Jose Rizal is a man well loved by his people. But there are many questions about him that has not yet been answered. All the more he becomes shrouded with scary mysteries. Here are five creepy stories that has surfaced upon these mysteries.

1.) He believed he was being haunted by a poltergeist

A poltergeist is a ghost who makes noises and other disturbances. It is believed that poltergeists haunt specific people and they harass their target by making loud noises, and moving objects or destroying them. They’re also known to be violent sometimes by pinching, biting, hitting, and hurting people.

At the time when Rizal was exiled and living in Dapitan, together with Josephine Bracken, there were several unexplainable disturbances the two would experience at home. Rizal wrote to a Catholic Jesuit priest asking for help, and possibly exorcism of his home. In his letter, he claims that their household materials like cups, tea kettles, and saucers fell all at once in front of Josephine and witnessed by other boys. He also mentions that Josephine would try to confront the ghost and ask what it wants only to be replied with more breaking and thrashing of household items. He believed that the poltergeist could have been Josephine’s step-father who recently died before the occurrances.

Rizal’s final resting place is in Rizal Park aka Luneta in Manila. To be precise, it’s in Brgy. 666, Zone 72.

In biblical scriptures, 666 is the number of the beast or anti-Christ. An anti-Christ, according to most Christian faiths, is a person or deity that will come as a sort of savior during a time of crisis. This savior is then looked upon as not just a hero by the people he has supposedly saved, but also as a sort of sacred man wherein he is worshiped or venerated almost similarly to how Jesus Christ is venerated and worshiped. The anti-Christ is a New Christ, which rivals the status of the true Christ. Believers who are also imitators of the true Christ, are unknowingly lead to be imitators of the New Christ, thus straying them away from God. In the case of Rizal as an alleged anti-Christ, people are being strayed through indoctrination of New Age beliefs like Nationalism or other ideologies which has nothing to do with God, all the while using him as the model or “Christ” for the Filipino people.

One thing that people don’t usually talk about is Rizal’s burial place, which is in Barangay 666 in Rizal Park, Manila. Jose Rizal is a known Freemason, a fraternity shrouded in mysterious conspiracies, often diabolical. As a matter of fact, Rizal’s relations with the Catholic Church weren’t so good because of his membership to this fraternity. Even today, members of Freemasonry are not allowed to partake in the most holy sacrament of the church, which is to receive the Body of Christ in Holy Communion (see Papal ban of Freemasonry). The number 72 is also significant to esoteric Masonic concepts.

Today, Jose Rizal is still admired by the public, even though there is no law that declares him as National Hero. He’s highly venerated by the Knights of Rizal and Freemasons and also worshiped as a “new Christ” by cults known as Rizalistas.

The Philippines is dominated by Christianity which makes me question why was it allowed for the most admired hero’s burial be relocated to a Barangay with a number 666. Is it just a mere coincidence that our national hero was buried in such location, or is there something most of us don’t know?

3.) Rizal may have enjoyed the company of prostitutes

Dr. Maximo Viola was Rizal’s best friend and travel companion in Europe in the 1880’s. He even financed the publication of the Noli Me Tangere novel at the time Rizal was having financial constraints. Since Dr. Viola was the closest companion of Rizal in Europe, he has plenty of written accounts about it.

The two doctors were “bros” (pun intended). In their spare time, they walked around the streets of Europe, visited museums, went to bars and cafe’s, and also went to brothels. Dr. Viola never really mentioned anything about Rizal having intercourse with prostitutes. He would describe Rizal in his accounts as someone who “was eager to know everything” for those kinds of places and women. So they would go to those kinds of places for “research purposes” (pun intended). Of course being a good bro Dr. Viola was, he depicted Rizal as an innocent young man who knew little about the vices of Europe. But in a letter to his brother Paciano in 1883, Rizal wrote: “Women abound even more (here in Madrid) and it is, indeed, shocking that in many places they intercept men and they are not the ugly ones either”. So it’s obvious Rizal already had ideas of what vices the streets of Europe has to offer, years before he met Viola in 1886. Perhaps one of the most notable account of Viola regarding Rizal and prostitutes was a woman they met in Vienna. The attractive temptress was believed to have slipped into the night with Rizal for a one-night-stand. And later Viola says: “With these exceptions of this case, I knew of no other slip of Rizal during more than six months that we were traveling together”

4.) Jose Rizal fits the description of Jack The Ripper

Speaking of prostitutes… “Jack the Ripper” was an unidentified serial killer who preyed on prostitutes around the Whitechapel district of London in 1888, the same time Rizal was in London. Whitechapel was an impoverished area in London with high concentration of prostitution and available brothels.

There were five canonical victims of Jack the Ripper who were all prostitutes. They were sadistically killed by deep throat slashes, abdominal and genital-area mutilation, removal of internal organs, and progressive facial mutilations.

More than the initials “J.R.”, there are other commonalities Rizal has with Jack the Ripper. According to a witnesses who saw one of the victims earlier before her death, she saw a man a little over 5 feet in height, dark hair and shabby-genteel looking. Investigators also think that the crimes were done by someone who knew something about anatomy and surgical operations judging by the manner of cuts and organ removals on the victims. These descriptions fit Rizal. He was shabby looking if judged by his dark complexion and genteel with his fashion statement (Rizal is a fashionista). He is also a doctor, therefore he would know how to dismember and mutilate bodies as described by the investigators.

The killings seemed to have stopped when Rizal left London in December of 1888. There were few more murders after Rizal’s departure, but investigators believe those new murders were not done by the Jack the Ripper person.

5.) He’s a wife beater and abortionist

One of the theories behind Josephine Bracken’s mysterious miscarriage was when he was exiled in Dapitan, he received false information that Josephine Bracken was a spy. He became angry and confronted Josephine violently, which at that time she was pregnant. Josephine is believed to have been hurt in this confrontation and later had a miscarriage.

On another depiction by historian Gregorio F. Zaide, Rizal was said to be extremely unhappy about Josephine’s pregnancy that he played a prank on her which created complications and lead to a premature birth of an 8 month old still born. The infant who lived for only 3 hours was named after Rizal’s father, Francisco.

Josephine’s true story of miscarriage remains a mystery and it’s unknown where the baby was buried. It is also believed that what ever the reason may be for the miscarriage, Rizal blamed himself for it and tried to make amends. In her later life after Rizal’s death, she married Vicente Abad.