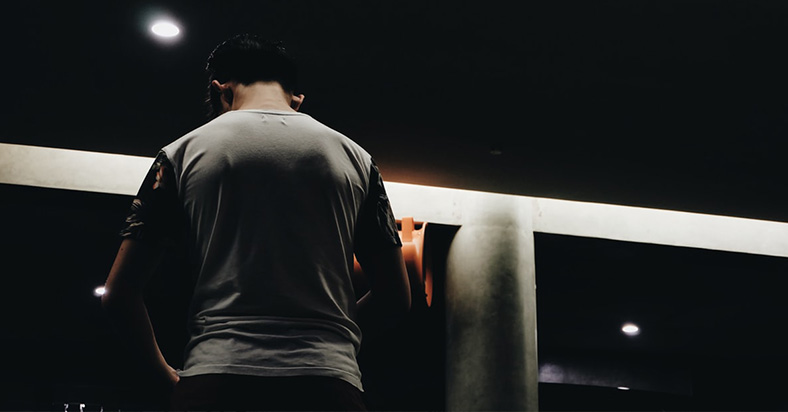 I’ve recently realized that addiction, in any form, is unsuspecting and it does not discriminate. It can happen to me, to you, or to anyone you know. Even to those who you think are much more mentally matured than you. I’d like to share to you guys my friend’s addiction story, my observations, and how he’s currently copping up with it.

My friend always seemed fine to me. He had a good job, a nice home, and has good plans for the future. He can be quite funny and conversational and he knows a lot about general stuff. But he also has a dark secret. One that he has kept since long before we met. He’s been addicted to something for more than a decade now and only a selected few of his friends knows about his struggle. For he’s sake, I don’t think I need to mention what it is. But I’d rather tell you what it does to his life and the people revolving him.

I wasn’t really that surprised when he finally shared his addiction story to me. I knew he was an adventurous person and he was always willing to try risky things just for the sake of an immense experience. So hearing him open up about “a secret” was almost expected.

He told me that “it” started with curiosity. He was young, had money, and was willing to try it to see for himself what it was like. Unfortunately, it didn’t took long before he got hooked to it. He thought to himself that it was just a vice that he can quit if he wanted to. He often told himself “this is the last time”. Then weeks turned to months and months turned to years, he has probably said that hundreds of times but he never really was able to quit.

He always knew he needed help, or at least solutions. So he started opening up to some friends and some professionals who offered counseling. Some of them offered some sort of consolation but none was really able to help fix him. He thought nobody understood his problem. The types of advises he would get seemed too juvenile to fit the bill. He listened but that’s all he can do. He wanted to stop but just couldn’t. When the opportunity for him to do it arises, his body seems to move on its own while his brain tells him “Here you go again! This is stupid!”.

His life is like a wave in a beach. It goes forward with optimism to fight, but soon backs out, then it fights forward, then withdraws again. The cycle just continues. It has made him quite depressed. He hides it of course, but every now and then it shows with his mood swings. He seems to be impatient most of the times and the simple things doesn’t make him happy anymore. He is stuck in a world of either being in an intense moment or boredom. Anything in between like his normal daily routines of going to work or going to the grocery is like being stuck in a limbo. They have no meaning or purpose. He just can’t wait until the next hit. Even though he knew that the feelings of bliss his addiction brings is only brief compared to the despair it’ll soon cause.

Ironically, since he thinks nobody can understand him, he has looked down on those others. Sometimes, he thinks he’s worse than those people to the point that he would rather isolate himself while trying to fix his life. He didn’t want to be a burden to others or a bad influence. This was of course another wrong decision.

As those years passed, he became distant to family and friends. Depriving himself of necessary human interaction which made him even more vulnerable to his temptations.

I’ve heard somewhere that happiness is only real when shared. But since he didn’t have anyone who’ll share it to him, his happiness became artificial and transactional. Draining his financial resources. He became reckless with his body and money. He eats whatever he want’s and spends on things he doesn’t need. All to cheer him up but he knows these are just his way of trying to escape the despair.

He says his addiction probably stems from his superficial standards in life. He’s chasing an impossible dream which he’s now realizing as a fantasy. Who can blame him? He was cheered at a young age that he can be whatever he wanted to be. He can achieve things and be great if only he worked hard. And the protagonists he adored from the movies he watched gave him an unnatural hope for these. Perhaps he took all of these too much by heart without knowing that his heart can betray him.

Because he believes and immensely blames himself for every falling, self-hatred has become a theme of his life. And each time he falls to his addiction, he doesn’t even enjoy it anymore. Because at the back of his head he knows its euphoria is only temporary and will soon be conquered by emptiness, regret, numbness, self-hatred, and further isolation to avoid shame and looking weak to others.

The body has become the tormentor of the soul.

I’m glad he opened up these things to me with trust. With that simple gesture, he’s able to bring himself closer to people who can provide emotional and spiritual support. Knowing that he can call a friend just to vent out would make him feel less isolated and more open to outside help. I think it’s a big thing when addicts have the option to ask for help or a listening ear.

Simple lifestyle has also helped. Bu curving other temptations, he’s practicing patience and self discipline. He has also realized that he needs to let go of regretful thoughts and emotions. These has caused nothing but unnecessary worry, pain, and insecurities.

He said all his life he was always influenced by something external. By pop culture, trends, movies, and music, and now his addiction. But he’s looking inside now. Diving deep to what he really needs. And all he wants now is peace of mind and peace of heart. He believes he’s been searching for happiness too much that he has neglected to search for inner-peace.