Last Saturday, me and my friends went out on a night of drinking and we ended up a little bit tipsy. We started craving for something soupy but the restaurants that we’ve come accustomed to are already closed at that time. After more than an hour of driving around cities after cities (our driver was sober), somehow we ended up at Malate in Manila.

At a time of the day when most of Manila is asleep, Malate businesses are alive. They’ve got bars, clubs, KTV restaurants, and a whole lot more. It gives a red light district feeling when your there. Plenty of women around and of course, massage parlors that offers a “happy ending” for their cheerful clients.

We were looking to satisfy our stomach’s cravings. You know that feeling you get in your tummy when you haven’t had anything to eat for dinner but went ahead on a night of booze? That’s what we were going through.

We wondered around the streets of Malate looking for a restaurant we can settle in. While dodging pimps offering us “deals of the night”, we noticed that the area had plenty of Korean restaurants. We would go in and look at their menu and ask their waiters their best recommendations. Unfortunately, Korean food seems too spicy and exotic for us and not to mention, most of the waiters that we were able to talk to seemed sleepy (there were literally sleeping waiters on the job). Finally, at around 2:30 am, Sunday early morning, and despite our tipsiness and irritation against those pimps trying lure us, we managed to pick an awesome Japanese restaurant in General Malvar street named Ichi Go Ichi E.

When we went in, all the staffs were very much awake and courteous. This sort of attitude makes a huge difference in contrast with the previous restaurants we walked in. They were gentle and patient enough to accommodate our drunken humor, while recommending something in line with what our taste buds were looking for. We ordered, the Ichi Go Ichi E Ramen, some Gyoza, and California Maki.

While waiting for our foods, each of us were served with a moist towel and green tea as a compliment. 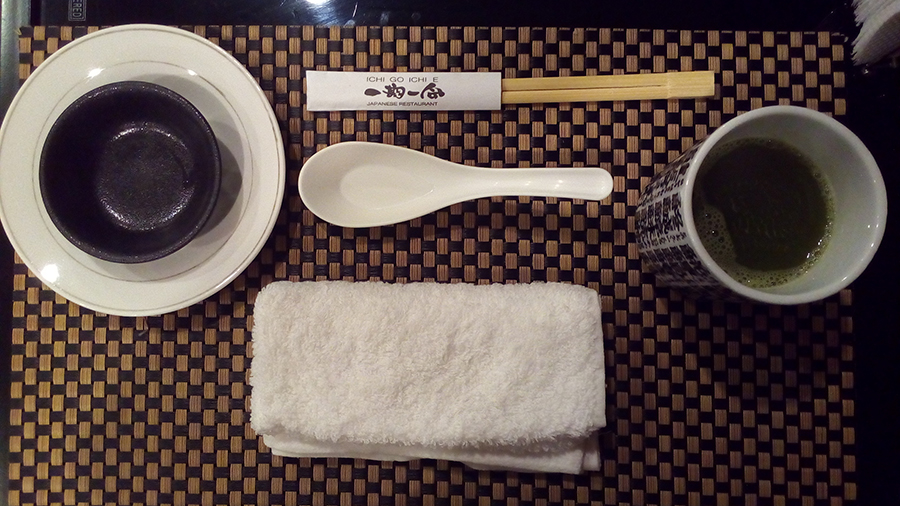 Looking around their small but cozy place, the ambiance was quite welcoming. They have a bar where you can also see how your meals are being prepared. 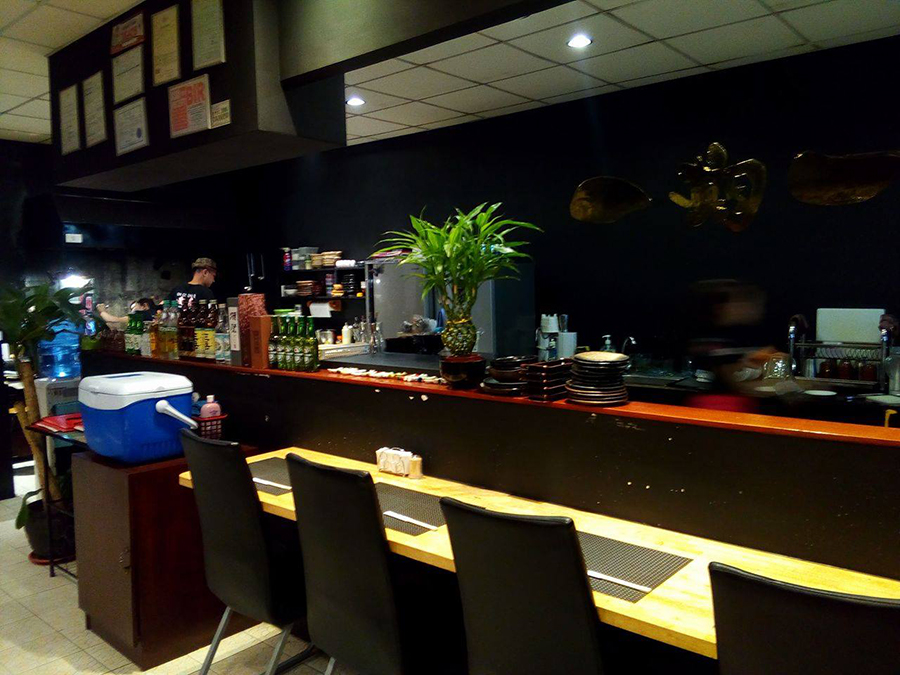 Some Japanese beverages on display. 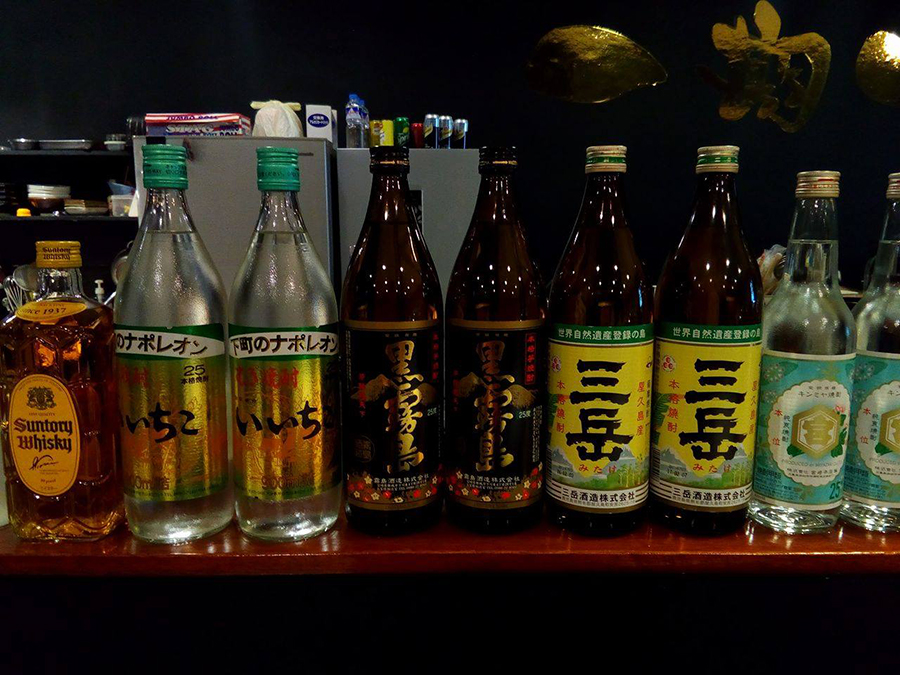 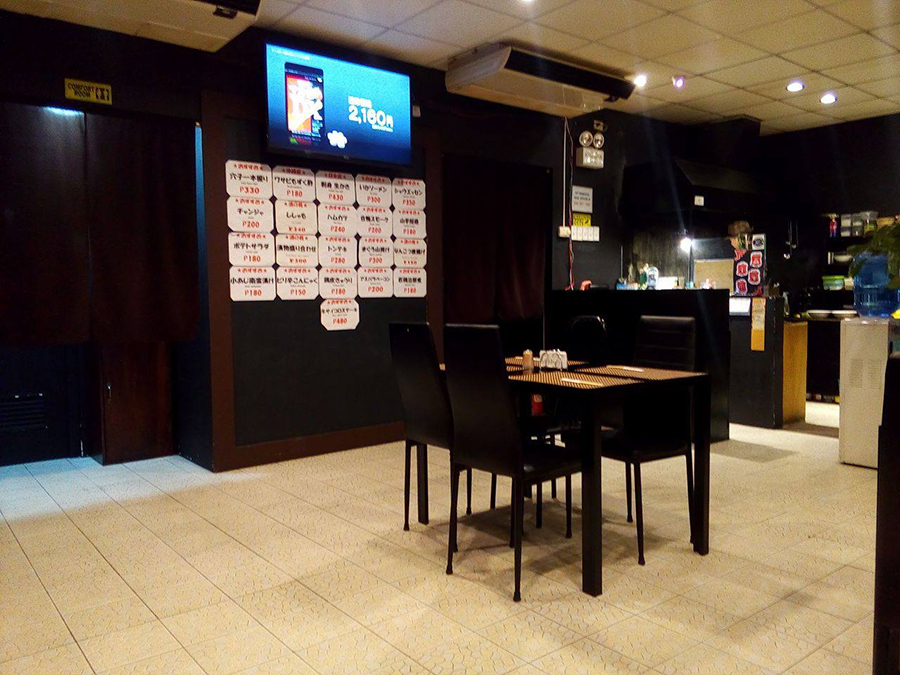 Their toilet rooms were segregated for men and women, and just like how Japanese people value cleanliness, they were also clean without any foul smell. 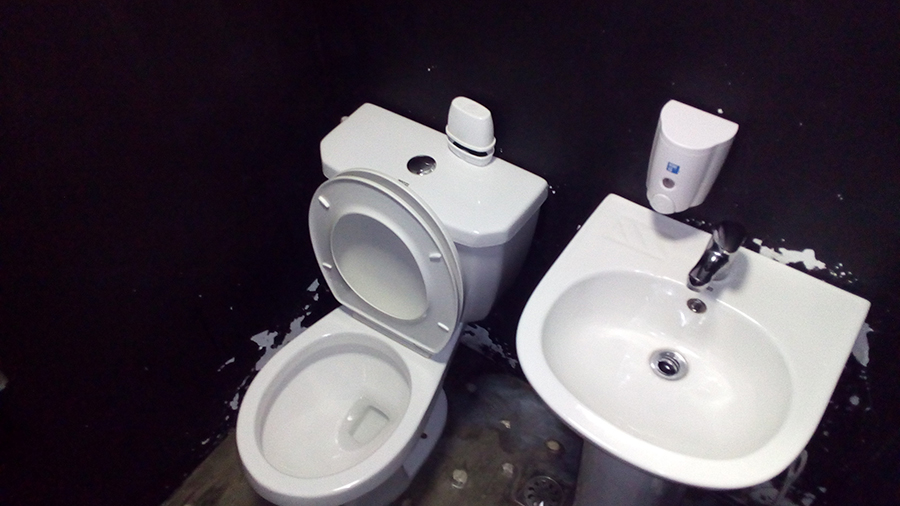 First came the Ichi Go Ichi E Ramen with the Gyoza. The appearance is standard, but the taste is absolutely great. Taste is much more of a priority than an artsy appearance for a drunk person. It doesn’t taste like a Payless Instant Mami, so don’t worry, you will definitely taste Japan in every sip you make with this Ramen. I love the consistency of the noodles, it wasn’t undercooked nor overcooked, the firmness was just right for me. Considering that it’s been prepared by a Japanese man, I assume he knows how to make an authentic ramen. 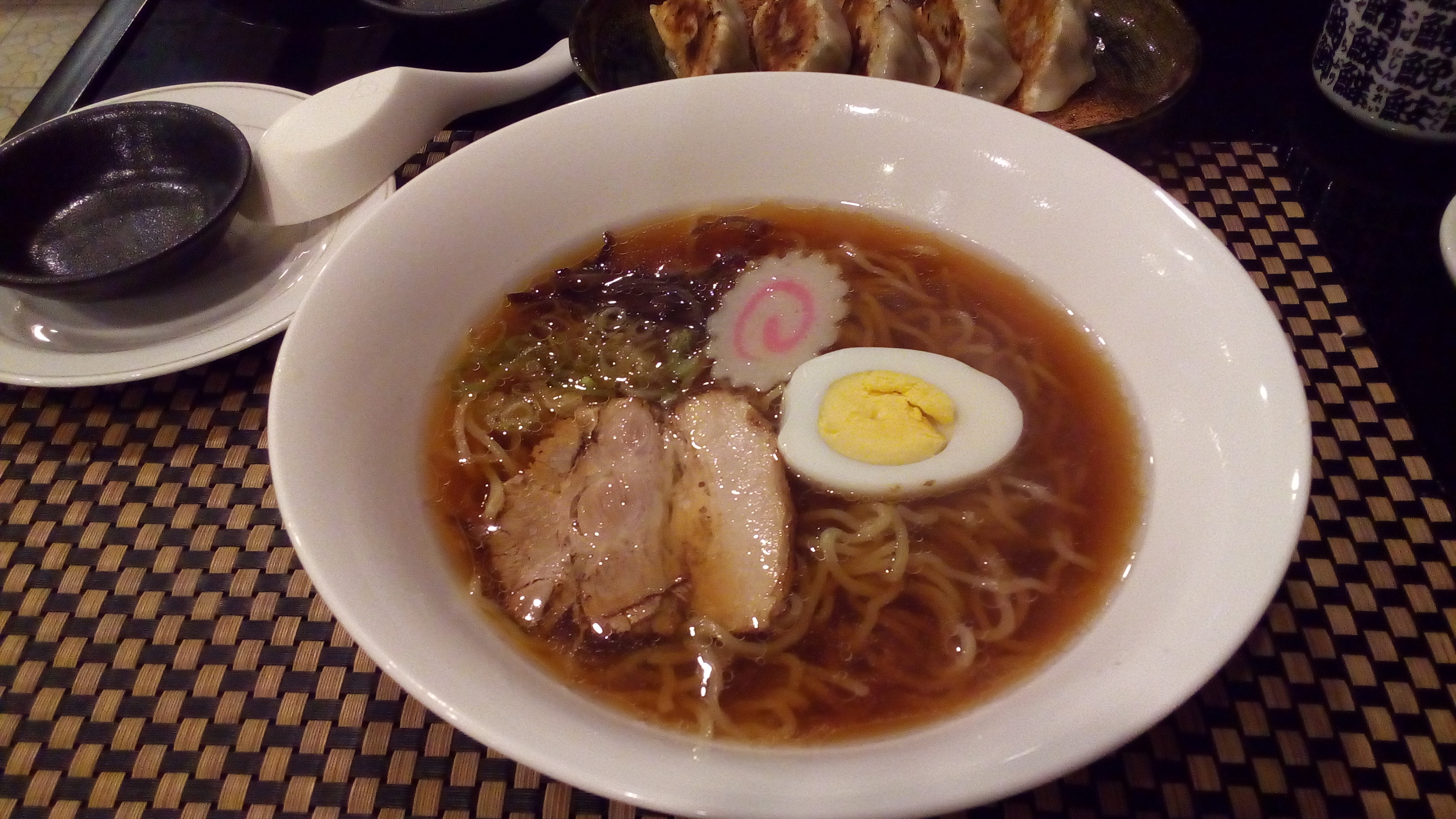 The Gyoza was fresh, it had the right amount of ginger and not too much to over power the taste of the meat. Gyoza is pretty standard to have with any ramen. 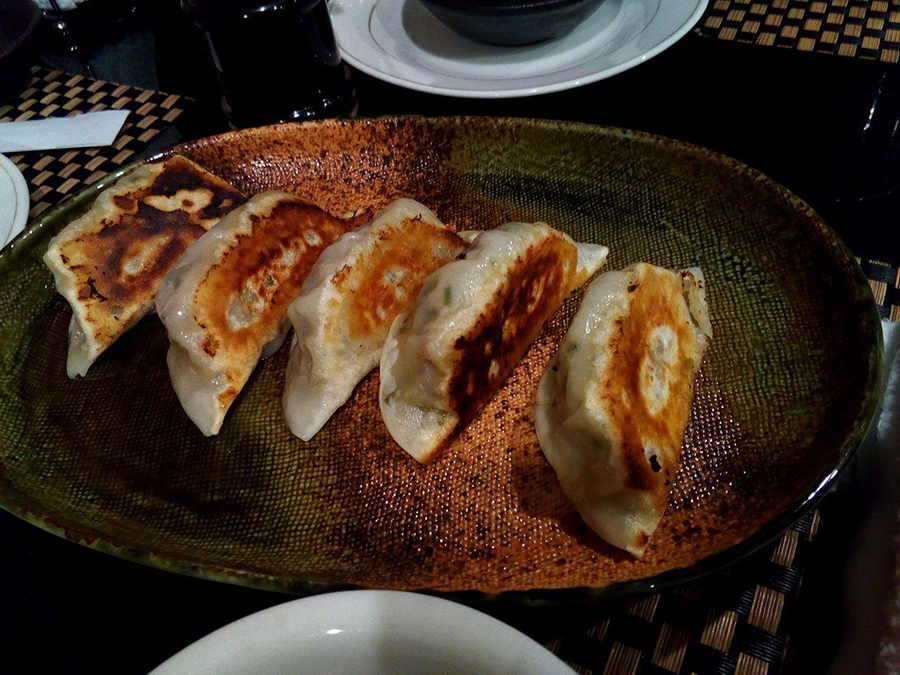 Their California Maki is hands down, the best that I had so far. This is a compliment from someone who doesn’t really like Sushi. I was surprised on how amazing it was. I’m always critical about Sushi or Maki rolls, I just don’t like the taste of raw meat and crab meat, but this one is an exemption. I had no problems pushing this down my throat. 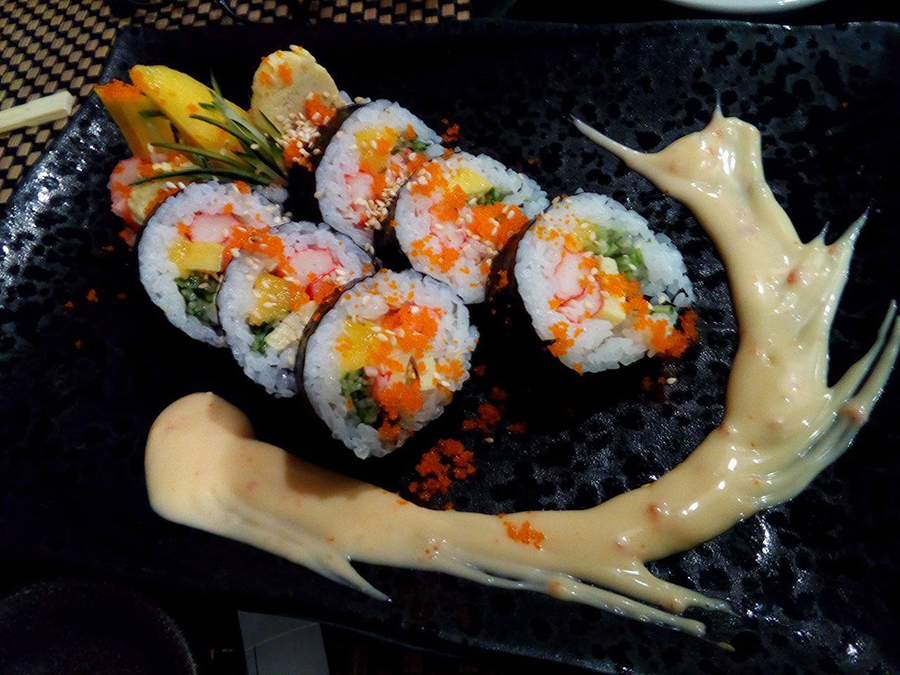 The price for each dish is reasonable, causing an average of P350 per dish. Overall, it was a pleasant experience dining in this Japanese restaurant in the heart of Malate. Looks like me and my buddies have a new favorite restaurant and we’ll definitely go back soon.

Houdek’s Kabanos Klassik: Better Than The Typical Pinoy Sausages, And I’m Sad About It

CAFE BY THE RUINS: A Cozy Café in Baguio