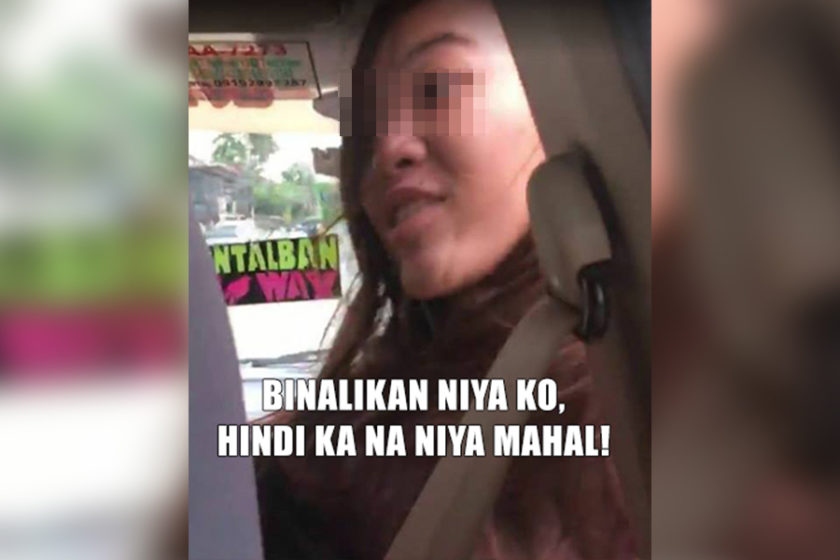 First of all, let me say that not all men cheat, there are actually plenty of men out there who’s not into playing around and are very much committed to the one they love . Also, it’s not only men who cheat, women cheat too!

But what if you’ve been getting this feeling that your man is cheating?  How would you find out if this is true?

If you’re a paranoid woman who just wants to know the truth, then read on. Here are 5 advice from a man on how you would know if your man is cheating. The 5th advice might be simpler than you think.

Learn how money is coming out of your household’s budget. Knowing how your husband spends money when your not together can give you an idea of what he does when he’s not with you. It can also give you an idea of his true character. But before you do this, understand that this may invade your man’s privacy and it can be a nasty way to start a fight with him. Proceed with caution. You don’t want to be the delusional nagging woman.

The reason why you need to know this is because men can easily pay for sex. What do I mean with this? Let me put it this way:

The underground sex industry is a billion peso industry. There are plenty of women and establishments in big cities that offer sexual services discreetly and conveniently to men, and these women don’t care if their customer is married or in a relationship. It’s all about money to them, and men are willing to pay.

There are establishments that offer “Extra Services” or “VIP” like beerhouses and massage parlors in red light districts. A man can come into one of these establishments and get his “business” done in an hour or less. There are also women who are called “walkers” or “escorts” who claim that they only get paid for the “time and companionship” they’ve spent with their customers and that any sex that might happen is only consensual and not transactional (this avoids the legal term of prostitution). But sex is always secretly involved in these services.

Most men are not afraid to pay for sex for as long as they use condoms. We can easily minimize the risks of getting an STD and eradicate the responsibility of having those women pregnant.

A man can avail the services of these women or establishments for as low as P1000. The prices would range depending on the quality of women or of the establishments, sometimes even higher than P15,000. So if you find certain discrepancies in your household’s budget, like unexplained expenses amounting to thousands, you might want to check on how your man spends money.  If you’re in a marriage, then it would be your right to do so, since this money could have been used for other important purposes, like for the welfare of your children or your family’s future.

You’ve heard that it’s not good to judge other people. But it’s actually worse to lack wise judgment. Judging other people may mean looking out for yourself and your love ones.

You need to know what type of friends your man loves to affiliate himself with. Does he go out with friends who are womanizers? Are his friends known to be “mabisyo“? Patrons of red light districts? Remember that birds of the feather flock together.

Friends share a lot of commonalities. They tend to agree to the same principles in life, laugh at the same kinds of jokes, admire the same politicians. And they also get to influence each other sometimes, whether intentionally or unintentionally. Friends support us on the things that make us happy and free and it’s sad to say that womanizing can be very liberating for a lot of men.

Some people might also have a group mentality, meaning if one of his peers would do something, he would probably do the same thing in order for him to not get left behind.

On our alone time, when it’s just us boys hanging out, our conversations are always filled with sexual content. We talk about the women we’ve had sex with, the women we’d like to have sex with, and how and where to get some more of it. It’s a continuous cycle of sex-boobs-sex-boobs-sex-boobs stuff. Some would even share tips on how not to get caught cheating. Seriously, our conversations would most likely consist of 30% normal stuff and 70% sexual stuff. 😀 On a regular boys night out, you can bet 1 million bucks that the boys are going to talk about sex and boobies.

Advice #3: Understand That People Do Not Change

Advice #4: Get To Know His Morals and Maturity

Get to know his principles in life. Has he cheated on you or on other women before? If so, how did he handle himself? Does he enjoy doing immoral things without remorse or guilt? Does he come up with excuses to justify his wrong actions? How does he answer your simple questions?

Understand where he’s coming from, his insecurities, his lies, his willingness to do good and wrong, and how thoughtful and selfish he is. If your man expects that he will be easily forgiven for the wrong things he’s done, and if he gets mad at you for not forgiving him right away, this is a serious red flag of immaturity and he could be doing more wrong things than just cheating.

Know his spirituality and his understanding in what a relationship or marriage is. A lot of us men think that marriage is something that binds you to just one woman and losing your chance in “tasting” other women. This is a very shallow understanding of what a marriage is and clearly shows a man’s immaturity and unpreparedness for commitment. If this is your husband’s opinion about your marriage, than chances are you’re in one heck of a ride of a lifetime.

You’re not a dumb person, right? You don’t come up with ideas out of thin air, right? Your conclusions are fair and you know your man better than anybody else. Since you’re the closest person in his life, there is really a huge chance that you will eventually catch him doing something stupid. If there’s smoke, there’s fire.

By Ramon Kabanos
For Her

Difficulties of Dating A Single Mom