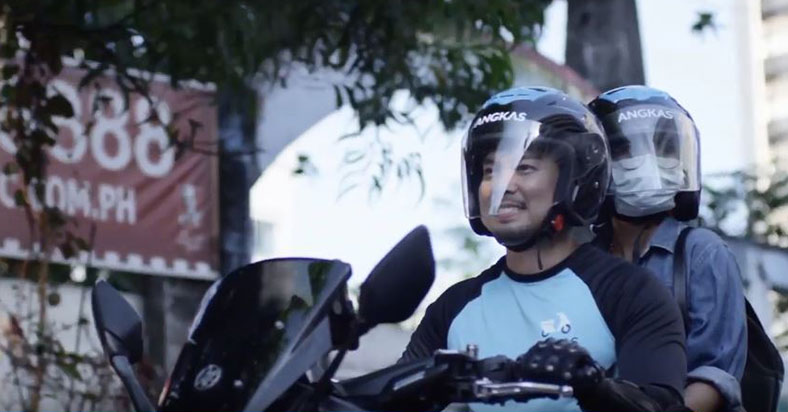 First of all, I don’t think Angkas is a monopoly. They look like one simply because they’re the first of its kind to massively provide a new transportation option to the commuting public. Second, they were the only ones who have been provided by the government the opportunity to do so after several legal battles for Angkas’ survival. So it wouldn’t be fair to blame them if they currently have little or no competition.

But monopolies aren’t necessarily bad or illegal. For as long as their business practices are fair, moral, and legitimate. As a matter of fact, there are many other companies here in the Philippines that are currently operating as monopolies. Such as Meralco, PLDT, Globe, Grab, and several more in key industries. Whether by design or simply because they’re the only ones who can provide a specific product or service to the consumers.

Angkas recently has been accused of being monopolistic on a debacle with LTFRB. With orders being thrown at them to downsize their manpower of riders from 27,000 to 10,000 operating in Metro Manila in order to give plane-level opportunities to two new in-coming competitors, Move It and JoyRide. Making the livelihoods of their remaining 17,000 riders uncertain.

If ever Angkas becomes a monopoly in the motorcycle-taxi business, I wouldn’t mind it nor see it as a bad thing. here’s why:

1.) They fought for their rights

The first company that came out with the motorcycle-taxi business model was actually Grab. But due to the pressures and demands from LTFRB, since there was no laws and regulations yet pertaining to motorcycle-taxis, Grab was forced to drop the idea and caved in to their orders. Angkas then picked up the business plan and started operations with it in 2016.

Due to loopholes in the law and lack of regulations, they were often locked in legal battles not with their consumers but with LTFRB. They took the case to the Mandaluyong Regional Trial Court in 2018 and Angkas won and resumed operations. But they were once again obstructed after the Supreme Court issued a Temporary Restraining Order. Those events lead to a pilot run of the business model in cooperation with government agencies in June 2019 where Angkas was once again granted the legal opportunity to operate. The pilot run was meant to study what kind of laws and regulations may be enacted to business that will be opting with the same model.

By not being afraid to push for innovation and fight for their rights, Angkas is paving a way for future similar business to follow.

2.) Angkas fought for the rights of their workers

We can judge how great a company is by how they treat their workers. When LTFRB came with an order for Angkas to cut off almost a third of their fleet of riders, Angkas complied with the regulation by submitting a roster of 10,000 riders. But they still fought for the rest to be retained. Gathering public support with #SaveAngkas, they were able to persuade LTFRB to keep the remaining 17,000 riders. Thus securing their jobs.

3.) They meet the demands of the public

Metro Manila has one of the most horrible traffic and inefficient public transportation in the developing world. It is estimated that billions of revenue are lost yearly due to these conditions. Commuting has become difficult and options for transportation are quite limited.

Angkas has provided a simple and yet effective solution to the demands of the people. Their simple ride hailing app has grown popularity in the past few years. Their fair price and safety practices has garnered the trust of consumers.

4.) They advocate for better traffic laws and civilian cooperation

Let’s face it. Filipinos are notoriously known to not follow traffic laws. Especially motorcycle riders. In the advent of Angkas and other ride hailing apps, Filipinos are now becoming more aware of road safeties and laws.


Error: API requests are being delayed. New posts will not be retrieved.