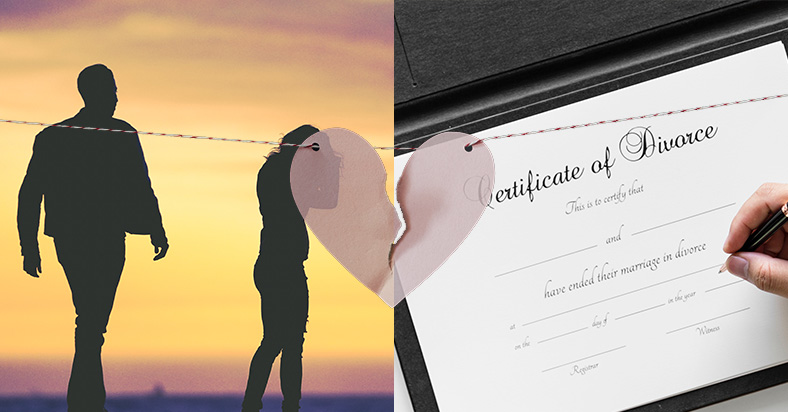 Senator Risa Hontiveros recently filed a bill which instigates “absolute divorce” under Senate Bill No. 2134 or also known as “Divorce Act of 2018”. Though there is a growing support from the public to have a divorce law in the Philippines, this is still a matter that our law makers should not hastily decide upon. We shall also consider that not all family breakdowns are same in nature nor have same remedies. Divorce does not also guarantee “fresh starts” or protection as what the bill explains in its Explanatory Note especially regarding the welfare of children. Of course the same way marriage does not guarantee happiness.

“Divorce Act of 2018” also go against Article 15 of the Philippine constitution. Dissolution of marriage is not and should not be a legal remedy on which law makers should aspire to create. Instead, the government is obligated to make sure marriages are defended as the Filipino family is recognized by the state as the foundation of the nation.

Marriage, as an “inviolable” social institution

In the constitution, it is stated in Article XV – Section 2: “Marriage, as an inviolable social institution, is the foundation of the family and shall be protected by the State.” Inviolable – meaning never to be broken, infringed, or dishonored. It is synonymous to inalienable, absolute, untouchable, unalterable, unchallengeable, unbreakable, impregnable, sacrosanct, sacred, and holy. Not only is marriage defined as inviolable, it is also to be protected by the state. Divorce is obviously the opposite of the word inviolable. (click her to view Article XV).

Some may argue that Article XV – Section 3(2) states the entitlement of a “special protection” from all forms of abuse. Take not that this protection is for the children only and does not propose he separation of parents. As a matter of fact, there are studies that shows how divorces can negatively impact the welfare and development of children and therefore it does not coincide with the constitution.

Divorce will of course bring about sudden changes in a child’s life. Changes that can create shame, anxiety, anger, shock and disbelief. Some would argue that this negative effects are only short term according to some studies, but it is also important to shed light on the studies that shows how these effects can actually linger into adulthood. Children of separated parents on an average tend to have poorer quality relationships with their parents as they grow older, difficulty to commit in relationships, and are more likely to fail in marriage and parenthood themselves.

Vagueness of Senate Bill No. 2134 that may cause further concerns

In the Declaration of Policy of the bill, or Section 2, the bill further explains itself as a protection for the well-being of the citizens from “irremediably broken marriages”. First of all, how does the government even define a marriage as irremediably broken? The government simply doesn’t even have the right to do so. In fact, and by law, the government is obligated to strengthen marriages. Instead of divorce programs, the government should assist in pro-marriage and pro-family programs to strengthen family relations. Just because private citizens are not capable of upholding their marriage vows does not mean the government has to provide steps to dissolve it. It can provide certain legal assistance to abused spouses and children but never for divorce.

On the grounds for divorce on Section 5 (i.) of the bill, it states “Irreconcilable marital differences or irreparable breakdown of the marriage, despite earnest efforts at reconciliation.“. Again, what is considered as “irreconcilable martial differences”? The terms used in this section are so vague, it’s almost predictable that this particular ground will be the most abused if this law is passed.

Legal Separation in the Family Code of the Philippines – E.O. #209

It is understandable that there are cases of violent abuses by spouses or towards children within a family that government agents should not turn a blind eye on. Some of these abuses may be life threatening. Thus, a form of separation of the victims from the abuser is truly needed. This is where the Family Code comes in with fair and adequate grounds for legal separation while upholding the constitutional creed of marriage.

Marriage as an unbreakable institution is not the problem, the lack of maturity behavior and cooperation of both spouses is.

The constitutional Filipino duty of marriage

Once a person is married, both spouses should understand that their marriage is not just a personal union formed out of love but it is also a civil duty in nation building. This might sound a cliché for most, but it is the law. People don’t usually understand that marriage in the Philippines is a profession with legal accountability. That is why you are given a license for it. When a person is given a license for a profession, such as a doctor or a lawyer or driver, that person is obligated by law to perform his duties with the fullness of integrity. And if that person neglects his/her duties, he/she is legally liable for it under the governing laws. Same goes with marriage, divorce is total neglect and abandonment of familial civil duties granted by both the constitution and the Family Code of the Philippines. So yes, loving your spouse and taking care of your children is a legal duty and that the state is obligated to support it and has no power to dissolve.

Adoption in the Philippines